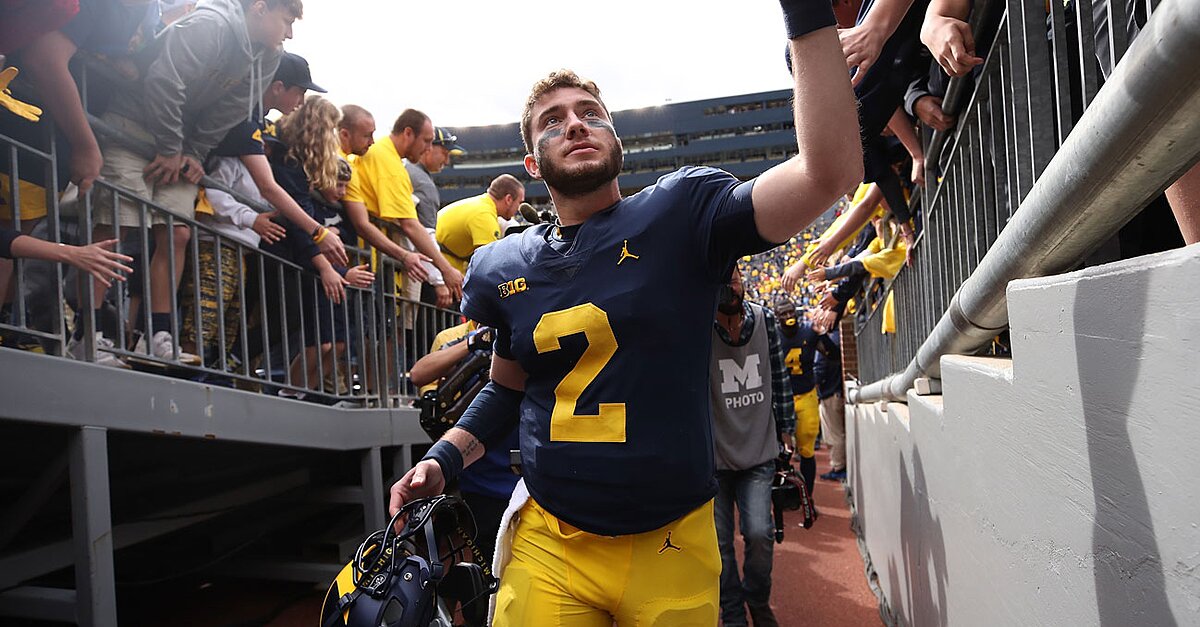 Three things to know before betting on Michigan-Ohio State:

1. College football’s best rivalry is back, and the stakes are as high as ever in this year’s edition. Michigan is 10-1, riding a 10-game win streak after a season-opening loss to Notre Dame, and is a near-lock for a College Football Playoff berth if it can take out Ohio State and then Northwestern in the Big Ten Championship Game. The Wolverines are 6-5 against the spread this season. It’s been a less sparkling campaign in Columbus, where off-the-field issues were only the beginning of OSU’s troubles this year. A blowout loss to Purdue remains the only defeat on the Buckeyes’ schedule, but near-losses to Maryland and Nebraska within the last three weeks have been concerning, to say the least. Plus, wins in the first half of the season over TCU and Penn State do not seem as impressive now as they once did. Ohio State is 4-7 against the spread in 2018.

Given the magnitude of the rivalry, Ohio State-Michigan has not been particularly competitive of late. But while Michigan has lost six straight to OSU, the Wolverines have delivered for bettors against the spread the last few seasons, covering in four of the last five meetings. Each of the teams’ ATS losses in the past few weeks also suggest that Michigan is well-positioned as a road favorite. Over the last five seasons, home underdogs that have failed to cover in four or five of their last six games are 58-108 against the spread in November games. In the same time frame, road favorites of 2.5 to 10 points that have failed to cover in two of their last three are 48-21 in November games.

2. Given that the Buckeyes field more blue-chippers than nearly any other program in the country, their defense has been an embarrassment this season. (Perhaps we should’ve known when it surrendered 31 points to Oregon State in their season opener.) The unit was looking fine, if not great, until the Boilermakers ran wild for 7.5 yards per play and 49 points against the Buckeyes. After a bye week to recover, Ohio State still allowed 31 points to a Nebraska team that Michigan beat 52-10 on its own field. Last week, though, was the Buckeyes’ worst showing yet, as OSU allowed two 75-plus-yard touchdown runs to Maryland in the first quarter, and things didn’t get much better from there. On the season, Ohio State is allowing 5.97 yards per play to opponents, the 92nd-best mark in FBS.

Michigan’s offense can take advantage. Quarterback Shea Patterson, who transferred from Ole Miss, has not disappointed. Last year’s Michigan passing offense ranked 109th in FBS (6.4 yards per attempt), but this year Patterson is 20th in the country at 8.5 YPA. His QB rating (157.7) ranks 17th, and only three quarterbacks have attempted more passes than him but thrown fewer than his four interceptions. With a strong running game, too (5.03 yards per carry, 27th in FBS), the Wolverines are well-balanced and consistent. They have scored 30 points in all but three games this season, and at least 20 in every game since the loss in South Bend on Sept. 1.

3. Of course, no one will be betting Ohio State on the strength of its defense—it’s the Buckeyes offense that has led them to a 10-1 record. While they’re wildly talented at all positions, they can thank quarterback Dwayne Haskins most of all for their success. In his first year as a starter, he has claimed the OSU single-season records for passing yards (3,729) and touchdown passes (36), and has thrown only seven interceptions. He has a deep and diverse array of weapons at running back and wideout, and was clutch in the Buckeyes’ comeback win at Penn State in late September.

But against the Wolverine defense, Ohio State will have a battle on its hands each and every down. Along with Clemson, Michigan is one of only two defenses in the country to allow less than 4.0 yards per play. They also keep opponents out of the end zone, allowing the fourth-fewest points per game nationally (13.5 PPG).

Michigan is better than Ohio State, but given the intensity of this rivalry and OSU’s home-field advantage, this line feels about right. As potent as OSU’s offense is, it isn’t particularly prone to making big plays—the Buckeyes gain 20 yards or more on 8.1% of plays, only the 59th-highest mark in FBS. Meanwhile, the Wolverines surrender that type of yardage on only 5.3% of snaps, the 16th-lowest rate in the nation. Don’t rule out any outcome in a rivalry game, but the fact remains that the Wolverines are a value bet at -4.

Confidence Level: Moderate (on a scale of Low/Moderate/High/Very High/Extremely High)