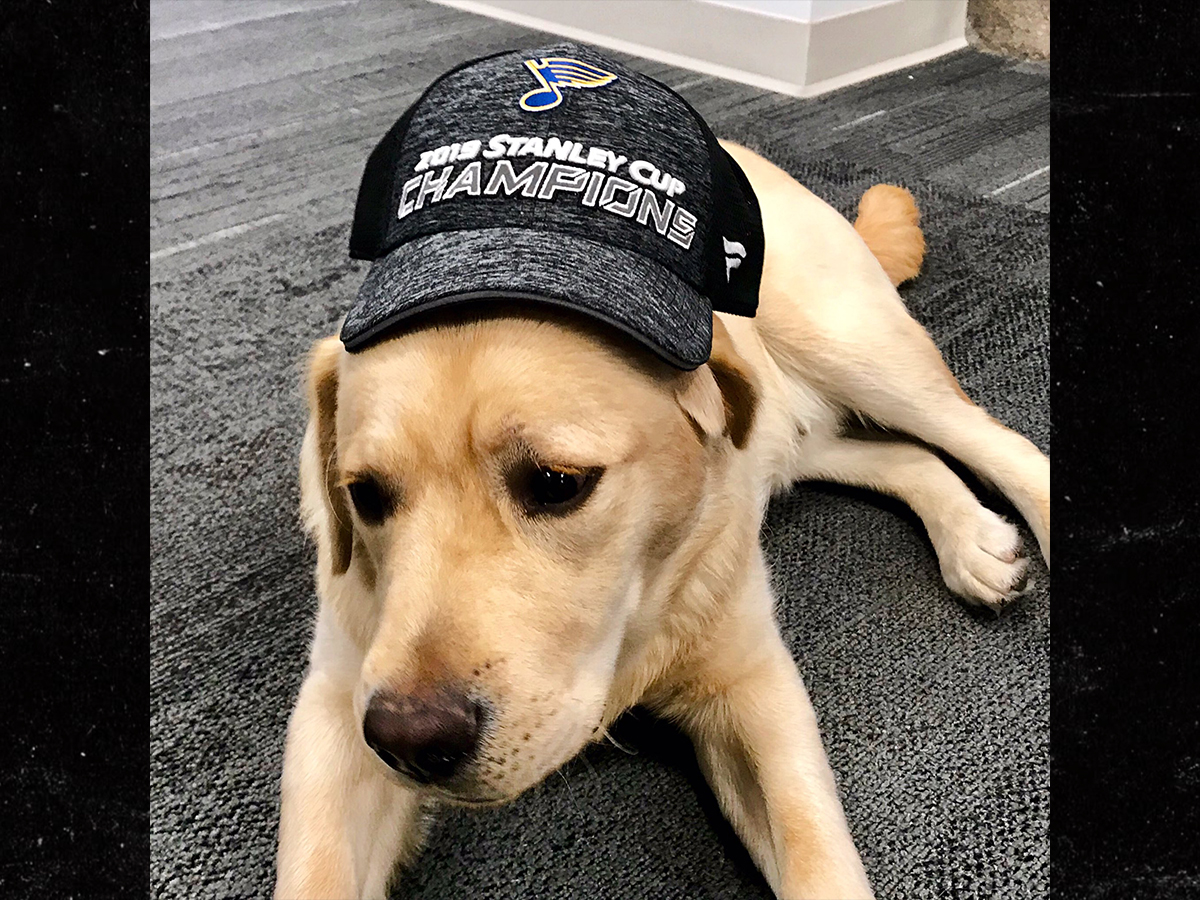 Remember that adorable puppy the St. Louis Blues adopted during the season and occasionally let loose on the ice??

If you’re unfamiliar … the Blues picked up Barclay, a Labrador Retriever, way back when he was the cutest puppy ever in October.

They let him skate around … they played with him … and adorable times were had by all.

But, turns out, the good boy ended up being a good luck charm … because he helped the Blues’ win the Stanley Cup for the first time in franchise history Wednesday night!!!

Now, STL is rewarding Barclay for the good job he did this season … giving him a championship hat — and lobbying for his name to be inscribed on Lord Stanley!

“Hey @NHL,” the Blues wrote on Twitter on Thursday … “Barclay was wondering if he gets his name on the Cup, too?”

Of course, Barclay won’t be with the team for too much longer … they say they’re training him to be a service dog that will eventually leave the team to help people in need.

Sad he won’t be around the ice anymore? Here’s some photos of baby Barclay that’ll cheer you up … 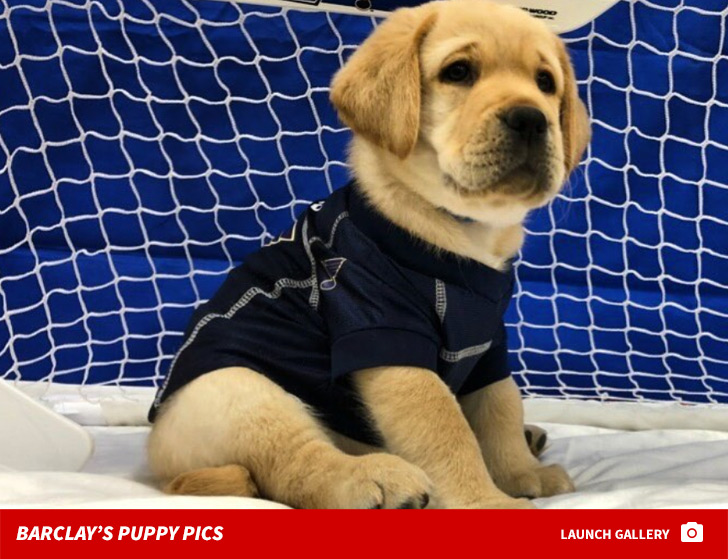