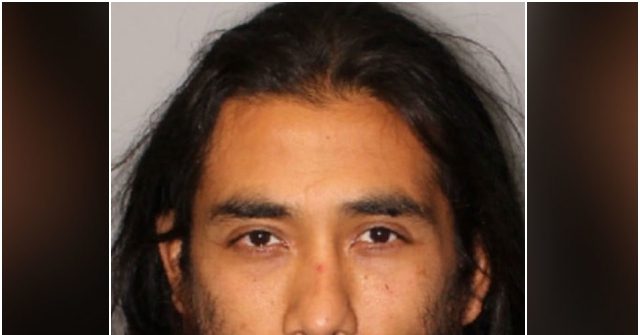 An illegal alien is wanted by law enforcement officials after he allegedly attacked the woman he raped following his release by the sanctuary city of King County, Washington.

Francisco Carranza Ramirez, 35, has been living in the United States as an illegal alien for an unknown period of time, a law enforcement official confirmed to Breitbart News. Ramirez crossed the southern border during an unknown time from his native Mexico.

Ramirez, according to court records reviewed by the Seattle Times, raped a 32-year-old woman — who is bound to a wheelchair because of her disability — in King County on September 26, 2018. In the middle of the rape in her bedroom, the woman was able to convince the illegal alien to allow her to use the bathroom.

While in the bathroom, the woman called the police but had to return to the bedroom after hearing that Ramirez had gotten up from the bed. That’s when she put the phone, still on the line with police, in her wheelchair and went back to her bedroom where the rape continued.

Eventually, police arrived at the scene of the rape and the illegal alien was arrested and charged with third-degree rape. At trial, Ramirez entered an Alford plea, indicating that he would not admit to the rape but that he understood the evidence against him would lead to his conviction.

State officials asked that the illegal alien be given 12 months of community supervision, but the judge instead simply requested that Ramirez be ordered to return to Mexico after his release.

On June 15 — two days after being released from custody by King County — Ramirez allegedly found his rape victim at her apartment, a violation of the court’s protective order. On June 16, the rape victim was walking her with her three-year-old son when Ramirez arrived to attack her, according to police.

“He dumped me backwards out of my chair, and was choking me and … I couldn’t scream, I couldn’t breathe, I thought I was going to die in front of my kid,” the woman told KOMO News. The woman said her young son was screaming and crying during the attack.

The illegal alien pushed the woman out of her wheelchair and nearly strangled her to death and beat her before an individual passing by the scene of the alleged attack got the man off of her. Ramirez, according to police, ran away from the scene and is now wanted for the attack.

The woman suffered cuts to her body, bruises, swelling on her head, and a seizure due to the attack, the King County Sheriff’s Office told the local media.

Now, Ramirez is wanted by law enforcement officials. King County, the jurisdiction that allowed the convicted rapist illegal alien to go free without turning him over to the Immigration and Customs Enforcement (ICE) agency, has an expansive sanctuary city policy.

In Washington State, alone, there are nearly 20 sanctuary jurisdictions that help keep illegal aliens in the state, including those convicted or charged with crimes against American citizens.