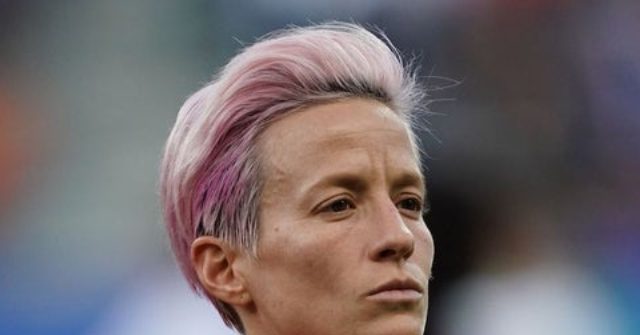 When asked about visiting the White House to mark their World Cup win, Rapinoe said, “I don’t think anyone on the team has any interest in lending the platform that we’ve worked hard to build and the things that we fight for and the way that we live our life. I don’t think we want that to be co-opted or corrupted by this administration.”

When host Anderson Cooper asked if she has a message for the president, Rapinoe said, “Message to the president: I think that I would say that your message is excluding people. You’re excluding me. You’re excluding people that look like me. You’re excluding people of you’re excluding, you know, Americans that maybe support you. I think that we need to have a reckoning with the message that you have and what you’re saying about ‘Make America Great Again.’ I think that you’re harking back to an era that was not great for everyone. It might have been great for a few people, and maybe America is great for a few people now, but it’s not great for enough Americans in this world, and I think we have a responsibility, each and every one of us, you have an incredible responsibility as the chief of this country to take care of every single person and you need to do better for everyone.”

Copper said, “The idea of ‘Make America Great Again’ if it means going back to an America from the ’40s or ’50s that’s an America you could be imprisoned for being gay or sent by your family to a mental hospital where you could not walk down the street holding hands with your loved one or I could not walk down the street or go dancing or anything. It’s interesting how different people view things through a very personal lens and as you said, maybe don’t walk in the shoes of other people who, you know, did not have rights in a past America.”

Rapinoe said, “Yeah, it was not a great place for a lot of people. It was a very oppressive place, and that’s not to say that it was the worst place in the world.”