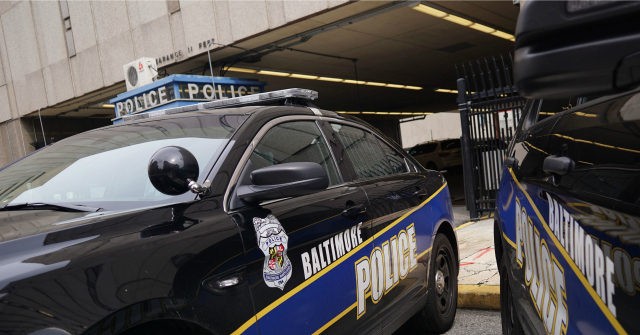 Sources have confirmed that the Baltimore Police Deputy Commissioner, Danny Murphy, was robbed at gunpoint in the city’s southeast area on Friday night.

Reports state that the incident occurred at 9:30 p.m. while Murphy was with his wife in the 2200 Block of E. Pratt.

The report comes after Baltimore city officials and federal officials announced the launch of a National Public Safety Partnership on July 16 as part of a push to cut down on violent crime in the area.

Hur said the partnership that is supposed to continue for the next three years is a collaboration with the U.S. Justice Department that utilizes the best in crime analytics, technology, and community engagement.

“What we have today that we didn’t have yesterday is the entire weight of the federal government and every expert who is an expert in their particular field at our disposal, and they’re ready to help us right now,” he commented.

However, Breitbart News reported in June that the number of shootings in Baltimore has continued to surge despite the state’s ban on “assault weapons” and “high capacity” magazines.

“Maryland banned ‘high capacity’ magazines and a variety of ‘assault weapons’ via the Firearm Safety Act of 2013. That Act also required would-be handgun buyers to submit fingerprints to the state police as a part of the registration scenario,” the report stated.

In 2018, data from the FBI showed that the city of Baltimore had the worst murder rate of all large U.S. cities in 2017, Breitbart News reported.

Chicago gets a lot of press for its high murder rate and the city did, indeed, have far more murders than Baltimore in 2017. But Chicago is also far larger than Baltimore (about 3 million for Chicago versus 615,000 for Baltimore), so on a per capita basis, Maryland’s largest metropolis was far more dangerous for its citizens than even the blood-soaked Windy City.

In February, Wicomico County Sheriff Mike Lewis sharply criticized Baltimore’s city officials by stating he would not comply if Maryland lawmakers passed a bill regarding long gun licensing and confiscation.

“Law-abiding citizens are repeatedly being penalized because of Baltimore City’s inability to control their crime. And I’m sorry — I’m not someone’s puppet,” Lewis said.

“We’re gonna let them know that we are sick and tired of being penalized for Baltimore City’s inability to control crime. If these bills pass, we will not comply,” he concluded.