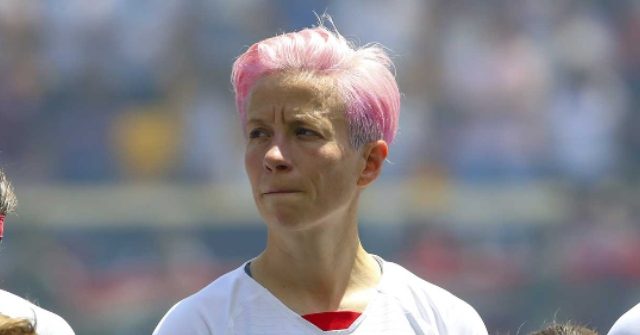 “She has this clear message and she’s powerful, I think. She just has that like something sort of intangible about her,” Rapinoe said of Warren.

Harris has gained national headlines for her questioning of Brett Kavanaugh during his Supreme Court confirmation hearings and grilling of numerous Trump administration officials. And Rapinoe said she “would never want to get an argument with Kamala Harris.”

Rapinoe also said “it’s time for us as a country to just embrace a woman” as president.

Rapinoe said again that she is unqualified to run for public office and become the fifth member of the “Squad.” But the self-proclaimed “activist” said she will not hesitate to throw her weight around and potentially endorse candidates.

Rapinoe became one of the most prominent faces of the anti-Trump resistance when she said she would not go to the “fucking White House” before leading the women’s national soccer team to its fourth World Cup title. Left-wing activists and pundits have signaled that Rapinoe’s endorsement could carry some influence so long as Trump is in office.