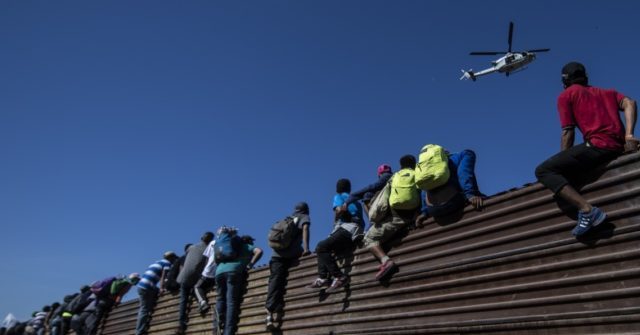 For months now, Democrats running in the presidential primary have largely presented platforms promoting amnesty for all 11 to 22 million illegal aliens, free health care for illegal aliens, and the decriminalization of illegal immigration at the United States-Mexico border.

This open borders agenda, spearheaded by a select group of white liberals in the party’s ranks, is causing a rift among Democrats.

The latest NPR/PBS NewsHour/Marist Poll finds that a plurality of 47 percent of moderate Democrat voters say providing free health care to illegal aliens is a “bad idea” as opposed to 43 percent who say it is a “good idea.”

For voters who describe themselves as “moderates,” a majority of 56 percent called free health care for illegal aliens a bad idea, and only about 37 percent said it is a good idea.

Even among the Democrats’ most ardent liberals, the policy of having American taxpayers pay for the free health care of illegal aliens does not come with sweeping, unanimous support. While 57 percent of voters who call themselves “very-liberal Liberals” said they support the plan, about 35 percent — more than one-in-three — said they oppose such a plan.

Similarly, nearly seven-in-ten moderates call the effort to decriminalize illegal immigration a bad idea, with only about 25 percent of moderates supporting the plan.

Republicans and swing voters, on the other hand, are much more unified in their disliking of the Democrats’ open borders platform for the upcoming election.

U.S. taxpayer-funded free health care for illegal aliens would likely cost Americans upwards of $660 billion over ten years. Similarly, decriminalizing illegal immigration would likely drive millions of foreign nationals to the U.S.-Mexico border every year and allow them to enter the country, take a job, and resettle permanently in American communities.