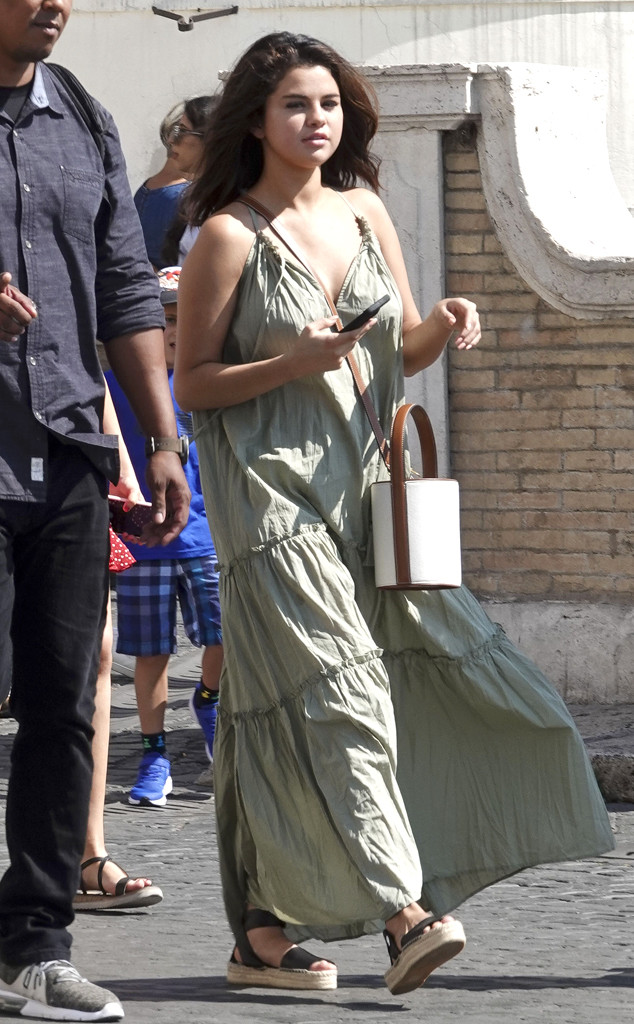 The “Wolves” singer turns 27 today, Monday, July 22, and she’s celebrating on a trip to Italy with her pals. After serving as the maid of honor at her cousin Priscilla DeLeon‘s wedding in Texas over the weekend, Gomez flew overseas for a birthday trip. Photos show the Wizards of Waverly Place alum strolling the streets of Rome with her friends, including producer Andrea Iervolino, on Monday.

Gomez, wearing a flowing green dress, was also spotted having lunch at restaurant Pierluigi in the Italian city.

“Selena arrived for lunch with a group of friends,” a source tells E! News. “The table shared several dishes such as raw fish, tagliatelle with lobster, pasta with vodka sauce and various salads.”

“They were chatting and laughing the entire time,” the insider continues. “No candles, cards or cake, but they did have desert of ice cream and tiramisu.” 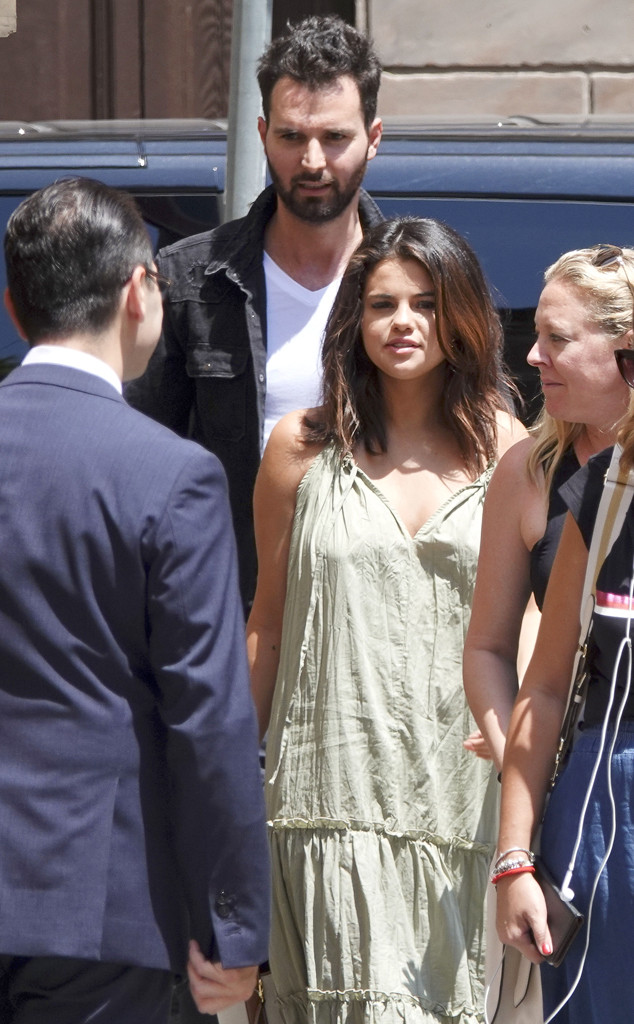 Gomez has been receiving lots of birthday love from her pals and fellow celebs on social media.

“We can all agree today is a national holiday,” Ryan Seacrest wrote on Instagram alongside a selfie with Gomez. “Happy birthday @SelenaGomez!”

“I just love her a lot and her life has made a profound impact on mine and anyone who knows her,” Gomez’s BFF Courtney Lopez wrote on social media. “happy birthday, angel!”

Gomez, who stepped away from the spotlight in 2018, recently opened up about taking time for herself.

“Last year, I took a lot of time off,” Gomez shared on Coach’s Dream It Real podcast. “I think that I needed a moment to myself because I do feel like I was growing and changing.”

At the end of the interview, the former Disney star revealed what she’s looking forward to this year.