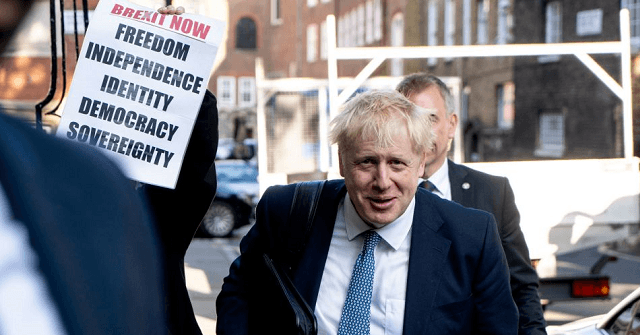 Former Mayor of London Boris Johnson has won the internal vote to become the new leader of the governing Conservative Party, meaning he is due to become the Prime Minister of the United Kingdom Wednesday afternoon.

Making a brief but characteristically bumbling speech to the assembled party members after the results were announced, Mr Johnson said he would: “Deliver Brexit, unite the country, and defeat Jeremy Corbyn. And that’s what we’re going to do… I say to all the doubters, dude! We’re going to energise the country, we’re going to get Brexit done on October 31st and take advantage of all the opportunities it will bring in a new spirit of can-do.

“And once again we are going to believe in ourselves and what we can achieve, and like a slumbering giant we are going to rise and ping off the ropes of self-doubt and negativity with better education, more police, and fantastic full-fibre broadband sprouting in every household we are going to unite this amazing country and we are going to take it forward.”

Now the Tory heavyweight has been confirmed as the new leader of the largest party in Britain’s Parliament, a process will be set in play which will see present Prime Minister Theresa May hold her last Prime Minister’s Questions session in Parliament Wednesday at midday before relinquishing power.

After the session, Theresa May is due to travel to Buckingham Palace where she will meet with the Queen and notify the monarch of her stepping down. Mr Johnson will then follow, invited by the Queen to form a government of his own.

The selection process was triggered last month when Theresa May was forced to resign from the Prime Ministership, a position she has desperately clung to for three years despite her repeated missteps, embarrassments, and failures to deliver Brexit as repeatedly promised. Critics said it had been wrong to select a pro-remain politician to deliver Brexit, and Mr Johnson has portrayed himself as a true defender of Brexit in his pitch to become leader instead.

The Conservatives went through five ballots of Conservative Members of Parliament which whittled 14 candidates down to two, which were then put forward for the final vote.

Unlike general elections which choose the composition of Parliament and in which all qualified adults in the country are entitled to vote in, this election has been a purely internal affair for the Conservative party. While the race has been played to the nation across the radio waves and newspaper front pages, actually the decision came down to a self-selected group of less than 200,000 Conservative party members entitled to vote on party affairs.