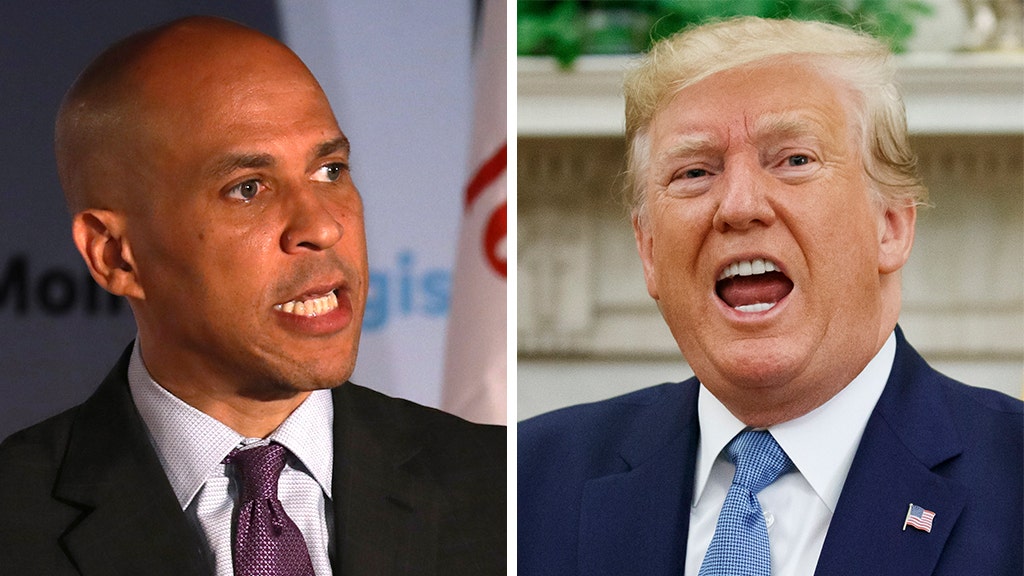 Booker recalled a campaign event in Iowa where a support told him that he wanted the 2020 candidate to “punch Donald Trump in the face” and his reaction was, “Dude, that’s a felony man.”

“Donald Trump is a guy who you understand- he hurts you and my testosterone sometimes makes me want to fee like punching him, which would be bad for this elderly, out-of-shape man that he is if I did that,” Booker laughed. “Physically weak specimen, but do you see what I’m talking about here? That’s his tactics and you don’t beat a bully like him, fighting him on his tactics, on his terms, using his turf. He’s the body shamer, he’s the guy that tries to drag people in the gutter.”

The New Jersey senator referred to the Trump presidency as an “era of moral vandalism” and told “Late Night” host Seth Meyers that the country needs a leader who can “call us to the best of who we are.”