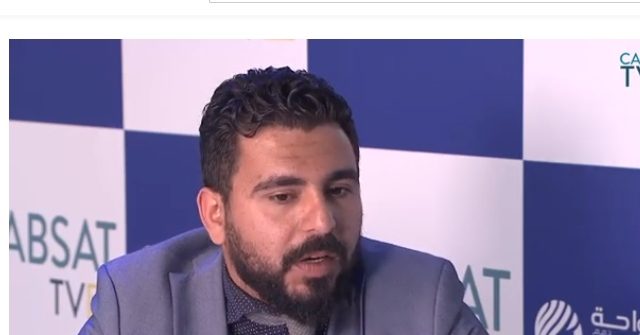 Another CNN personality who was presenting on the CNN Arabic network as recently as last week appears to have expressed a series of antisemitic sentiments on Twitter, even praising Hitler. This follows the recent resignation of a CNN editor, whose past antisemitic statements surfaced Thursday afternoon.

Kareem Farid heads up a digital tech show on CNN Arabic. He began in January 2019, according to his LinkedIn profile. He is also listed as the “Lead of Storytelling and Video Production at APCO Worldwide.”

On Friday, tweets surfaced, showing Farid writing, “I love you Hitler” and commending the Nazi dictator for “his determination to reach his goal.”

CNN should take a look at their vetting process for new hires. Unless this is who they’re looking to hire. pic.twitter.com/ZSXvUw4bSV

Hey @CNNPR. Do you know that one of your employees refers to Adolf Hitler as “Comrade Hitler?” Not a good look. pic.twitter.com/T06Uxp5bmc

Care to clarify, @KareemFarid? Who is making you hate Jews and why do you hate Jews? You seeing this @CNNPR? pic.twitter.com/LVBjp8o6lp

Farid responded to some of the resurfaced tweets, claiming that he was merely “commenting on some parts of a biography book” he read about the Nazi dictator.

Btw, Two days before this tweet I wrote That he is a fascist. I was commenting on some parts of a biography book I read about him at this time. Taking tweets out of context is not cool 😉https://t.co/CfLrU8EuD1

“In the context in my language doesn’t mean I’m falling in love with him,” Farid claimed. “When you take it out of context of course you will understand it the way you want.”

In the context in my language doesn’t mean I’m falling in love with him. When you take it out of context of course you will understand it the way you want

“If you called Hitler a fascist two days before you proclaimed your love for him that tells me that you love fascists. Thanks for playing,” Schwartz responded.

If you called Hitler a fascist two days before you proclaimed your love for him that tells me that you love fascists. Thanks for playing. https://t.co/9APdOABCVU

Farid continued to accuse Schwartz of taking the tweets out of context. One resurfaced tweet shows Farid telling an individual: “You’re the one making us hating [sic] the Jews.”

Farid responded, claiming that he was addressing someone who was “insulting Muslims.” He was “responding to him using his logic,” he asserted.

Again another tweet out of context. The guy was insulting Muslims and I was responding to him using his logic! Read the tweets in raw and you will understand. pic.twitter.com/Ke9koldgkV

So some guy was insulting Muslims and your response was “You’re the one who makes us hating (sic) Jews”? OK, pal.

the #Zionist #occupation of #Palestine will be ENDED #soon #isA

This guy works for @CNN. Remember that whenever they’re reporting on Israel. pic.twitter.com/UHMKwVUvua

Another CNN presenter, Kareem Farid, has some hostile opinions on the Jews. Here, he recites a phrase popularized by the likes of AQ & MB that calls for the murder of Jews. #ThisIsCNN

For those who don’t know, the Battle of Khyber was fought 1400 yrs ago btwn Muslim and Jewish tribes in territory that is now in Saudi Arabia. The Muslim tribes emerged victorious. It is cited today by extremist groups as a battle cry against Jews.

On Thursday, CNN accepted the resignation of photojournalist Mohammed Elshamy after a series of his previous antisemitic statements surfaced on Twitter Thursday. In one tweet, dated March 23, 2011, Elshamy wrote: “More than 4 jewish pigs killed in #Jerusalem today by the Palestinian bomb explode.”

Hey @CNNPR. How does someone like @elshamyme who tweets things like this get through the hiring process at CNN? Asking for some friends. pic.twitter.com/6NAjINmYhQ

Hey @CNNPR. You should have @KFILE look into the social media activities of your employees. He might find things like this gem from CNN’s @elshamyme talking about “Jewish pigs” killed by Palestinian terrorists. pic.twitter.com/NwL2d78RME

Matt, he was presenting on his CNN Arabic show last week on Jul 18. Care to clarify? pic.twitter.com/EuolFD0Vpe

It remains to be seen if CNN will be honest with its audience about this matter and any internal investigations into it. CNN has a history of covering up resignations of people involved in scandals in its organization. In 2017, three senior CNN officials resigned amid a fake news story on the Russia probe–and CNN has still not answered a series of questions about the matter and has not published, as is the ethical standard for organizations purporting to publish news content, its findings of the internal investigation into the publication of that fake news.

It remains to be seen if CNN will address entertaining two individuals who hold such controversial views, however more clarification on the latest case did come later on Friday:

You just lie lie lie. I didn’t say he “has nothing to do with cnn.” I said he was neither employed nor paid by the company – which is the lie you’ve been pushing. He appeared in an unpaid guest capacity for some 1-minute segments about technology that ran on the CNN Arabic site.

This story is developing…