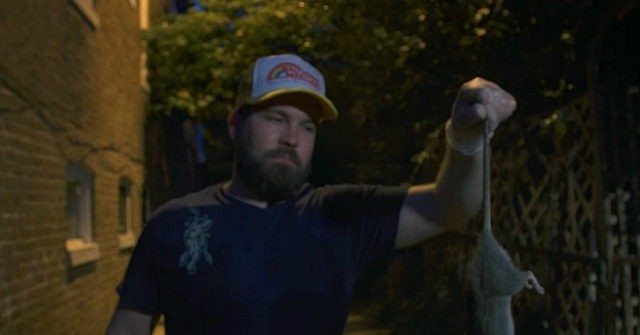 More than a year before Donald Trump criticized Rep. Elijah Cummings (D-MD) in a tweet on Saturday for ignoring his Baltimore district’s “disgusting, rat and rodent infested mess,” PBS aired a documentary titled Rat Film about the city’s rodent problem.

The Baltimore Sun reported on February 26, 2018, that the documentary “about Baltimore’s rodent fight” was scheduled “to air on PBS” that evening:

Across walls, fences, and alleys rats not only expose our boundaries of separation but make homes in them. “Rat Film” is a feature-length documentary that uses the rat—as well as the humans that love them, live with them, and kill them–to explore the history of Baltimore. “There’s never been a rat problem in Baltimore, it’s always been a people problem.”

“Rat Film,” a documentary that takes the decades-long fight waged against Baltimore’s rat population and uses it as a lens through which to look at how the city has addressed myriad social issues over the decades, airs tonight on PBS.

The hour-long documentary from Baltimore filmmaker Theo Anthony, a crowd favorite at last May’s Maryland Film Festival, airs at 10 p.m. on Maryland Public Television as the latest episode of PBS’s “Independent Lens” series. It repeats at 1 a.m. and 4 a.m.

A longer version of Anthony’s film played festival, as well as at the Stavros Niarchos Foundation Parkway in September. In chronicling Baltimore’s decades-long battle against its unwelcome rodent population, Anthony details some disturbing parallels with the ways city leaders have tried to deal with various urban situations.

It started with a rat trapped inside Theo Anthony’s outdoor trash can.

“Absolutely, what you see is really how it came about,” the Baltimore-based filmmaker says of his first documentary feature, “Rat Film,” which opens Friday in Baltimore, New York and Chicago. “I had come home one night, and I heard this sound in my trash can. So I whipped out my cellphone and just started filming.”

That brief footage, of the trapped rat desperately trying to jump a few inches higher than conventional wisdom says a rat should be able to jump, kicks off an 80-minute rumination on Baltimore’s decades-long battle against its unwelcome rodent population, and some disturbing parallels Anthony discovered with the ways city leaders have tried to deal with various urban situations.

“With rats and urban planning and all the other things the film goes into, there was an incredible wealth of material out there, such as Dawn Day Biehler’s Pests in the City and Antero Pietila’s Not in My Neighborhood, and so it was really a matter of following a path that had been charted by the generous scholarship, histories, and experience of others that came before me. The film is a documentation of me trying to make sense of that path,” filmmaker Theo Anthony told PBS in 2018.

Asked by PBS if there was “anything you learned while researching and making Rat Film that really surprised you?” Anthony responded, “I wouldn’t call it surprising necessarily, but the ways in which all of these seemingly different moments in history—pest control, eugenics, urban planning—seemed to dovetail in the same institutions and ideologies was certainly unexpected.”