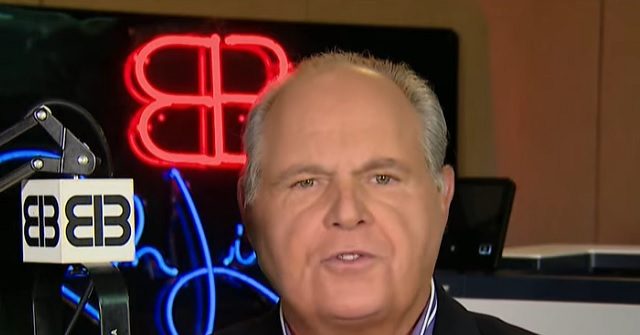 Thursday during an appearance on Fox News Channel’s “Hannity,” conservative talker Rush Limbaugh pointed to all the signs suggesting a lack of confidence in the 2020 Democratic presidential field.

Limbaugh said the most telling sign was that some are calling on former first lady Michelle Obama to enter the contest.

“You know it’s bad when Rahm Emanuel has to go on TV today and criticize these people for being nuts with this agenda,” he said. “I mean, Gloria Borger on CNN after the debate, ‘Where was the inspiration?’ There isn’t any inspiration. People need to understand how the Democrats see America. This is the thing that just boggles my mind. They look out over this landscape. They see nothing but suffering. They don’t see anybody other than in pain, victims of this, victims of that. Then they position themselves as the people who are going to fix it and get even with the other people — us — who have caused all of this misery. And there isn’t anything they talk about that involves improving life. They talk about jobs, not careers. They do not offer anybody anything uplifting, and they haven’t created a group of voters that even thinks uplifting. Their voter group is mired in all kinds of misery, injustice to the point they’re covering up George Washington in murals in San Francisco, rather than cleaning the human feces off the streets out there.”

“It’s an amazing thing to see how this is all — your guests just before me on this show — stop and think of it — three years ago, about that, nobody thought that Donald Trump could win,” Limbaugh continued. “I’m talking about in the mainstream, the media, the Washington establishment. Nobody thought he could win. Tonight, nobody thinks anybody on that Democrat debate stage can win. In just three years we have gone from a candidate that everybody was laughing at and thinking had no prayer and wasn’t even serious about winning to now nobody on the Democrat side is — they’re asking Michelle Obama to get in and save them. If they’re doing that, that’s a tantamount admission that nobody they’re running now has a slight chance or even a prayer.”