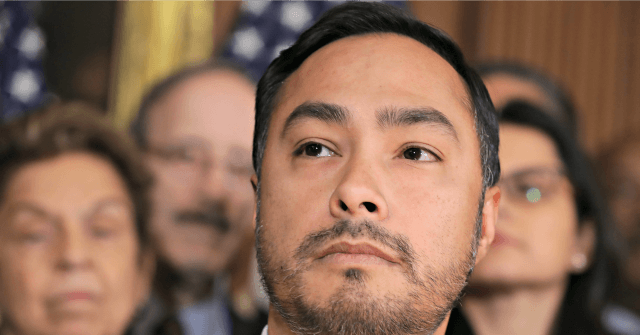 “My phone’s been lit up for two days with calls from many of the Texas 44 and others of our friends here in Texas who are outraged by Castro’s comments,” Bowman said, according to the Examiner.

It looks like another million dollars is now headed to support the Trump 2020 campaign from those of us who were targeted, and other Texans, including Hispanics, incidentally, whose resolve to support [the president] is only strengthened by this personal attack.

Castro, who chairs his twin brother’s presidential campaign, spurred the controversy Tuesday after posting the names and employers of 44 individuals in San Antonio who donated the maximum amount to Trump’s campaign.

“Sad to see so many San Antonians as 2019 maximum donors to Donald Trump,” he wrote, listing off the individuals in an apparent attempt to shame them.

“Their contributions are fueling a campaign of hate that labels Hispanic immigrants as ‘invaders,’” he added.

The backlash was swift, with critics arguing that his tweet was, essentially, a call for harassment and intimidation.

Joaquin Castro is shamelessly defending the “target list” of @realDonaldTrump’s supporters that he tweeted.

Not only is Castro a sitting Dem Congressman, he’s the chair of Congressional Hispanic Caucus.

“EVERYONE needs to tone the hateful partisan rhetoric way down. This is WRONG & Castro should retract it,” Sen. Ted Cruz (R-TX) wrote in part.

“In our constitutional Republic, the People rightly hold their representatives accountable; elected representatives should not be vilifying & doxxing their own constituents,” he added:

EVERYONE needs to tone the hateful partisan rhetoric way down. This is WRONG & Castro should retract it. In our constitutional Republic, the People rightly hold their representatives accountable; elected representatives should not be vilifying & doxxing their own constituents. https://t.co/rrgQbK7PLU

“People should not be personally targeted for their political views. Period. This isn’t a game. It’s dangerous, and lives are at stake. I know this firsthand,” Rep Steve Scalise (R-LA), who was shot by a Bernie Sanders supporter during a congressional baseball practice in 2017, added:

People should not be personally targeted for their political views. Period. This isn’t a game. It’s dangerous, and lives are at stake. I know this firsthand. https://t.co/PbxUMIOhae

Castro has defended his decision, arguing that he did not intend his list to be interpreted as a call for harassment. However, he openly suggested that those contributing to Trump’s re-election campaign are supporting Trump’s “white nationalism” and “racism.”

I hope donors in San Antonio and donors throughout the country, unless you support the white nationalism and the racism that Donald Trump is paying for and fueling, then I hope that you, as a person of good conscience, will think twice about contributing to his campaign.

There is at least one instance of a Trump donor on the list receiving a threatening call due to Castro’s actions:

This threatening, hateful voicemail was left for a Trump supporter in Texas after @JulianCastro‘s campaign chairman posted the supporter’s personal information online.

Intimidation and threats are exactly what Castro wanted when he posted this target list.