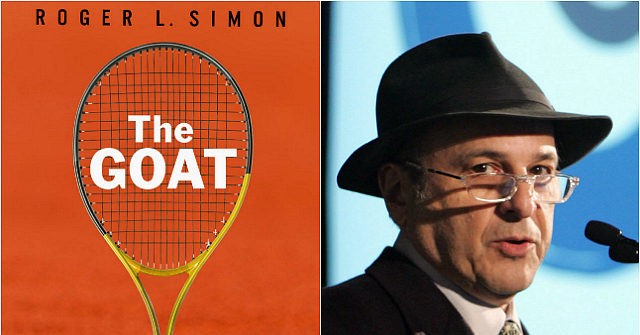 “The right has abandoned the culture,” lamented Roger Simon, co-founder of PJ Media, novelist, and Hollywood screenwriter, joining Friday’s edition of SiriusXM’s Breitbart News Daily with host Alex Marlow ahead of the September 1 publication of his latest novel, The Goat.

“One of the most influential people around that I’ve rubbed elbows with was Andrew Breitbart who used to do the Drudge Report from my house in LA when I lived there,” remembered Simon. “So being on this show is kind of amazing to me after all these years because that was quite some time ago, and it was not that long after I made my switch from the left to the right.”

Marlow noted Breitbart’s affection for political “apostates” who veered away from leftism.

“Andrew really connected with people who were apostates, which is what he called them, people who had an awakening of some sort,” Marlow said. “Andrew, technically, was in that group, though his [switch] was very early on. I think all of his public life was being on the right. Those were the people that he really gravitated towards.”

Simon said he was essentially blacklisted by Hollywood after his public exposure as a conservative.

“I didn’t keep it under the rug,” Simon explained. “I started PJ Media, and then I sort of got excommunicated from Hollywood, and I had to come back as a different person, in a certain way.”

Simon highlighted Breitbart’s best-known political axiom. “One thing Andrew famously said is, ‘politics is downstream of culture,’ and that’s true, and what has happened is the right has abandoned the culture,” lamented Simon.

“I’m sort of banned in Hollywood, even though I have an Academy Award nomination,” Simon stated. “What I’m asking your listeners to do is support conservative artists. In my case, get a copy of The Goat. You won’t regret it. It’s a really good book.”

Marlow concurred, “We have made a huge mistake on the right of opting out of the culture. I think there is a chance to gain some of it back in the new media era when there’s a lower barrier to publishing [and] a lower barrier to posting videos and entertaining content online.”

“We need to renew this push, and this stuff is expensive,” added Marlow. “If anyone is of means who’s listening, then that’s certainly a good place to invest, in my view. … If you don’t support conservative artists, then we’re not going to get conservative art. Bottom line.”