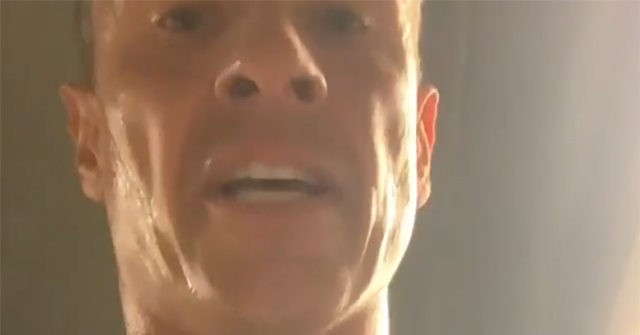 “I think what Chris Cuomo did was horrible, his language was horrible, he looked like a total out-of-control animal,” Trump said. “He lost it, and frankly I don’t think that anybody could defend him, because he spews lies every night.”

He also taunted Cuomo for acting like he was going to fight the man, adding that it was lucky that the CNN anchor was not armed.

“I think Chris Cuomo was so out of control that I would not have wanted to see a weapon in his hand,” Trump said. “I guess his fist is not a weapon or he would have done something, you know he talks about it but he didn’t do anything.”

Trump said he watched the video and said he could not understand why anybody would defend the anchor’s reaction.

“I think anybody that would have seen Chris Cuomo would have said that was a disgrace,” he said. “You’ve never seen me do that.”

The president commented on the video as he left the Morristown, New Jersey airport to visit Pennsylvania. He also mentioned the viral video on Twitter.

Would Chris Cuomo be given a Red Flag for his recent rant? Filthy language and a total loss of control. He shouldn’t be allowed to have any weapon. He’s nuts!