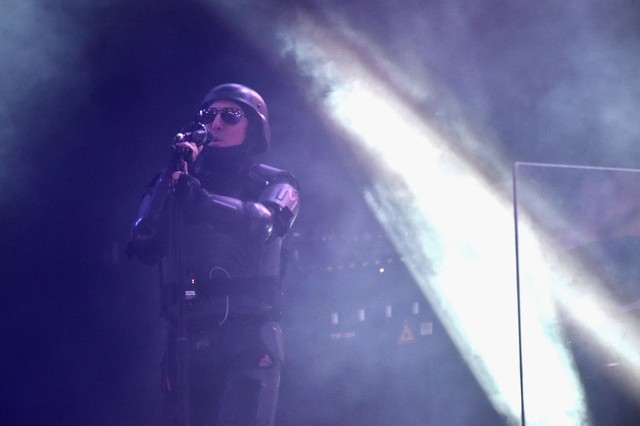 Last week, Tool released “Fear Inoculum,” their first new studio recording in 13 years. Because this is Tool we’re talking about, it’s a 10-minute-22-second prog-metal odyssey, with a long tabla-driven intro, sections of whispery spoken word, and multiple time signature changes. And because these are Tool fans we’re talking about, the foreboding length and structure of the new didn’t scare them away from listening a whole bunch; if anything, it probably helped. As a result, “Fear Inoculum” is now the longest song ever to crack the Billboard Hot 100, and the first 10-minute-plus track ever to do so.

The song debuted at No. 93 on this week’s chart, and at No. 20 on the Mainstream Rock chart. The previous record-holder for Hot 100 song duration was David Bowie’s “Black Star,” the 9:57-long title track of his 2016 swan song album, which reached No. 78 that year. It seems likely that “Fear Inoculum”‘s record (and probably “Black Star”‘s, too), has to do with Billboard’s use of streaming numbers in its tally, which gives fan-favorite songs a shot at the charts even if they aren’t being played on the radio or receiving much formal industry support.

“Fear Inoculum” is the first taste, and title track, from a new Tool album, which is slated for release August 30. It’s the first new Tool album since 2006’s 10,000 Days. ” “I feel like this is [about] wisdom through age, through experience…” frontman Maynard James Keenan said in a recent interview with Revolver. “Learning from your mistakes, learning from your successes. So if anything is a broad stroke of this album, it would be embracing where we are right now, acknowledging where we’ve come from and some of the things we’ve grown through.”