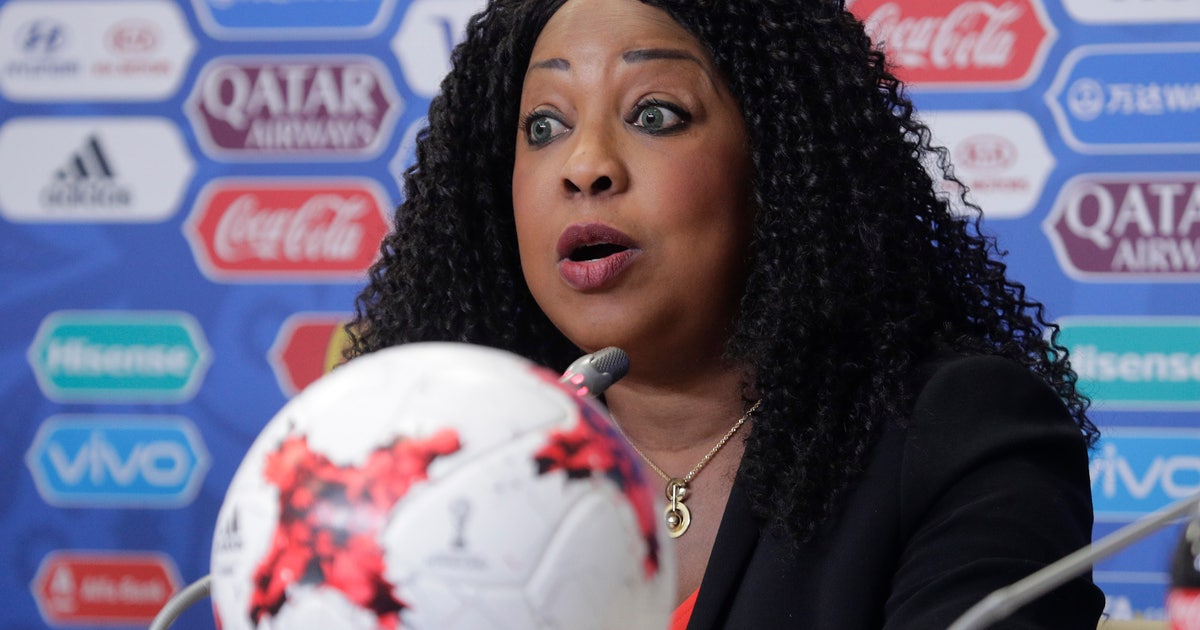 A pledge by Fatma Samoura to hand over her duties as FIFA’s top administrator to avoid conflicts of interest while running African football’s troubled confederation lasted a day.

Just 24 hours later, a push by Samoura for FIFA to take control of the sale of television rights from the Confederation of African Football for the continent’s qualifiers for the 2022 and 2026 World Cups has reinforced concerns about her unprecedented appointment.

With CAF embroiled in allegations of financial mismanagement and general chaos around the organization of competitions, FIFA President Gianni Infantino decided in June to dispatch his secretary general to CAF headquarters in Cairo in the newly created role of general delegate for Africa.

Since she was to “oversee operational management of CAF,” Samoura was meant to remain FIFA secretary general in name only from Aug. 1. That was confirmed in a letter sent Monday to officials across soccer, including all national associations, and seen by The Associated Press.

Samoura reminded them that for six months she would “delegate my functions within the FIFA administration in accordance with the relevant internal regulations” and they should contact her deputy, Alasdair Bell.

But a second piece of correspondence from Samoura, also obtained by the AP, was sent on Tuesday — and signed in her role as FIFA’s secretary general — seeking an “irrevocable mandate” for the world body to sell Africa’s World Cup qualifiers.

Although Europe already centralizes the sale of its television rights for national team games, UEFA collects the cash and the process is run by officials who are not also part of the FIFA administration.

UEFA President Aleksander Ceferin opposed Samoura’s appointment to clean up CAF and wrote to Infantino highlighting “questions about the decision-making procedures and the guardrails that would need to be put in place to avoid any conflicts.”

Any such guardrails have never been set out by FIFA publicly.

Samoura has asked Africa’s soccer associations to give FIFA consent by next Wednesday to sell all media rights for the qualifiers for the next two men’s World Cups and potentially all sponsorship around games.

Samoura said the FIFA administration would formulate how the cash is distributed after a “consultation” with the 54 African member associations of FIFA following the “deduction of relevant expenses, such as production and sales costs.”

The process rings alarm bells for Miguel Maduro, who chaired FIFA’s governance committee for less than a year before being removed by Infantino in 2017.

“CAF could exercise its influence on the FAs on this issue and that it could have a competing interest to FIFA in managing the centralization of the rights itself,” Maduro told the AP. “This creates a clear conflict of interest for the secretary general.”

The move to CAF was necessitated by deepening scandals engulfing African soccer’s president, Ahmad. He remains the notional leader despite an ongoing ethics investigation. He faces accusations of sexual harassment and bribery, as well as personal and financial impropriety.

Infantino has not explained why CAF is in such turmoil that the intervention of Samoura is required but Ahmad can still remain in a post which also makes him a vice president of FIFA.

In 2015, Infantino was part of a FIFA reform committee assembled after a wave of arrests of soccer officials that recommended a strict separation of powers between the administration headed by the secretary general and the sport’s political leadership.

“To place the secretary general as the de facto head of a confederation clearly goes against this principle,” Maduro said.

An advocate general at the European court in Luxembourg from 2003-09, Maduro said there is also “no legal basis” for Samoura’s role as FIFA’s general delegate for Africa.

FIFA said it was working on the basis of an “arrangement” already approved by its ruling council and the CAF executive committee.

“There is no conflict of interest because FIFA and CAF do not have conflicting interests to begin with,” FIFA told the AP. “To the contrary, the members of CAF (who are also members of FIFA) have the same interests.”

Confederation governing bodies do often have conflicting interests, such as UEFA’s opposition to Samoura’s very appointment and to FIFA’s expansion of the Club World Cup.

But Infantino has dismissed criticism of Samoura’s CAF assignment.

“It is easy for a FIFA president to say if something happens somewhere it is their problem,” Infantino said last month. “We sent our No. 1 football administrator.”