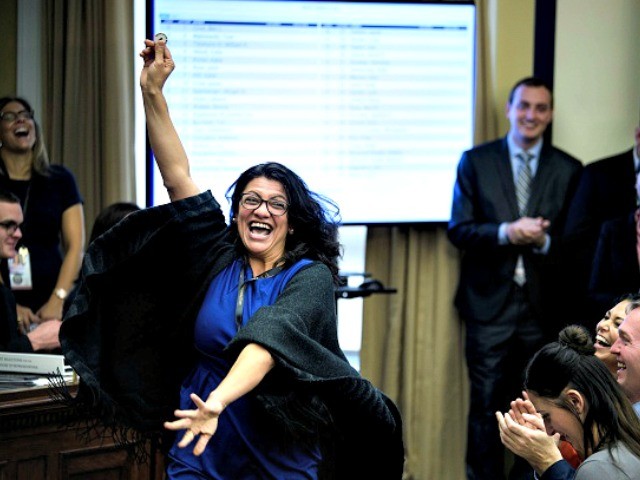 The Israeli government decided Friday to allow Rep. Rashida Tlaib (D-MI) to enter the country to visit her Palestinian relatives in Judea and Samaria (the “West Bank”).

Tlaib and Rep. Ilhan Omar (D-MN) were denied permission to enter the country, under a 2017 law that bars those who support boycotts of Israel. However, the Israeli government indicated that it could allow Tlaib to apply for a “humanitarian” visa, provided she did not promote boycotts.

Tlaib apparently agreed to those conditions, according to the Times of Israel:

“I would like to request admittance to Israel in order to visit my relatives, and specifically my grandmother, who is in her 90s and lives in Beit Ur al-Fouqa,” Tlaib wrote in her letter to [interior minister Aryeh] Deri. “This could be my last opportunity to see her. I will respect any restrictions and will not promote boycotts against Israel during my visit.”

A statement from Deri’s office Friday morning said he had decided to allow the congresswoman into the country based on her letter. It said he “expressed hope that she will live up to her promise and that the visit will only be for humanitarian needs.”

Israel had indicated several weeks ago that it would allow Omar and Tlaib to enter, but Prime Minister Benjamin Netanyahu said that his government had changed its decision based on the fact that their proposed itinerary referred to Israel as “Palestine,” that they had declined to meet with any Israeli officials (in opposition or government), and that their itinerary was being organized by an anti-Israel group.