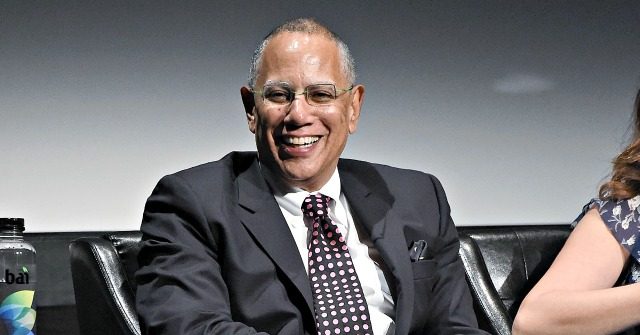 The New York Times plans to shift its coverage of President Trump from whether he colluded with Russia to race, the paper’s executive editor Dean Baquet said during a recent staff meeting, according to a transcript of the meeting posted by Slate.com.

“And I mean race in terms of not only African Americans and their relationship with Donald Trump, but Latinos and immigration,” he said, according to the transcript of the meeting, which reportedly took place on Monday.

Baquet said the paper now has to “regroup” and shift its resources and emphasis from the Russia story to the race story.

“We built our newsroom to cover one story, and we did it truly well. Now we have to regroup, and shift resources and emphasis to take on a different story. I’d love your help with that,” he said.

“In the coming weeks, we’ll be assigning some new people to politics who can offer different ways of looking at the world. We’ll also ask reporters to write more deeply about the country, race, and other divisions. I really want your help in navigating this story,” he said.

Baquet described in the decision to shift from the Russia story — which he called “Chapter 1 of the story of Donald Trump” — to race and how the paper was caught a “bit a little tiny flat-footed” after former Special Counsel Robert Mueller’s testimony.

Chapter 1 of the story of Donald Trump, not only for our newsroom but, frankly, for our readers, was: Did Donald Trump have untoward relationships with the Russians, and was there obstruction of justice? That was a really hard story, by the way, let’s not forget that. We set ourselves up to cover that story. I’m going to say it. We won two Pulitzer Prizes covering that story. And I think we covered that story better than anybody else.

The day Bob Mueller walked off that witness stand, two things happened. Our readers who want Donald Trump to go away suddenly thought, “Holy shit, Bob Mueller is not going to do it.” And Donald Trump got a little emboldened politically, I think. Because, you know, for obvious reasons. And I think that the story changed. A lot of the stuff we’re talking about started to emerge like six or seven weeks ago. We’re a little tiny bit flat-footed. I mean, that’s what happens when a story looks a certain way for two years. Right?

I think that we’ve got to change. I mean, the vision for coverage for the next two years is what I talked about earlier: How do we cover a guy who makes these kinds of remarks? How do we cover the world’s reaction to him? How do we do that while continuing to cover his policies? How do we cover America, that’s become so divided by Donald Trump? How do we grapple with all the stuff you all are talking about? How do we write about race in a thoughtful way, something we haven’t done in a large way in a long time? That, to me, is the vision for coverage. You all are going to have to help us shape that vision. But I think that’s what we’re going to have to do for the rest of the next two years.

Baquet said the story is no longer onein which the Washington bureau “nails some giant story that says Donald Trump or Don McGahn did this.”

“That will remain part of the story, but this is a different story now. This is a story that’s going to call on different muscles for us. The next few weeks, we’re gonna have to figure out what those muscles are,” he said.

During the meeting, staffer repeatedly asked why he and leadership seemed reluctant to call Trump “racist,” according to the transcript.

“Could you explain your decision not to more regularly use the word racist in reference to the president’s actions?” one asked. “You mentioned that there could be situations when we would use the word racist. What is that standard?” another asked. Another asked if racism would be a part of the paper’s daily reporting.

I just feel like racism is in everything. It should be considered in our science reporting, in our culture reporting, in our national reporting. And so, to me, it’s less about the individual instances of racism, and sort of how we’re thinking about racism and white supremacy as the foundation of all of the systems in the country. [A]re you guys actually considering this in your daily reporting?

Baquet told that staffer that race is going to be “huge part of the American story,” and that was the “reason you have a diverse newsroom”:

[R]ace in the next year is going to be a huge part of the American story. And I mean, race in terms of not only African Americans and their relationship with Donald Trump, but Latinos and immigration. And I think that one of the things I would love to come out of this with is for people to feel very comfortable coming to me and saying, here’s how I would like you to consider telling that story. Because the reason you have a diverse newsroom, to be frank, is so that you can have people pull together to try to tell that story.

Baquet said rather than use the word “racist” to describe Trump’s actions, reporters should place them in context  to have more impact.

“The most powerful journalism I have ever read, and that I’ve ever witnessed, was when writers actually just described what they heard and put them in some perspective. I just think that’s more powerful,” he said.

However, he said he and Times Associate Managing Editor for Standards Phil Corbett were working on a standard for when the paper uses the word “racist.”

The meeting also addressed the recent controversy over a recent Times headline that the paper changed after readers argued it was too positive towards Trump. One staffer wondered, “What is the overall strategy here for getting us through this administration and the way we cover it,” and criticized one of the paper’s conservative columnists, Bret Stephens, for making it confusing to readers “what we’re trying to do.” The staffer said:

I think one of the reasons people have such a problem with a headline like this—or some things that the New York Times reports on—is because they care so much. And they depend on the New York Times. They are depending on us to keep kicking down the doors and getting through, because they need that right now. It’s a very scary time. And when something like this happens, or we have opinion columnists—because people really can’t tell the difference between op-eds and news anymore—but when we have people who post and tweet incendiary things, like Bret Stephens, people don’t understand. I think they get confused as to what we’re trying to do,” the staffer said.

Baquet said the leadership was in the process of changing it before they knew readers were upset: “We were all—it was a f-cking mess—we were all over the headline. Me. Matt. The print hub. Probably [assistant managing editor] Alison [Mitchell]. We were all over it, and then in the middle of it, [deputy managing editor] Rebecca Blumenstein sent an email—but we were already messing with it —saying, ‘You should know, there’s a social media firestorm over the headline.’ My reaction [inaudible] was not polite. My reaction was to essentially say, ‘Fuck ’em, we’re already working on it.” And we were working on it, on deadline. We had already lost half of the papers, and it was too late to redraw the whole page. We would’ve lost the whole thing.”