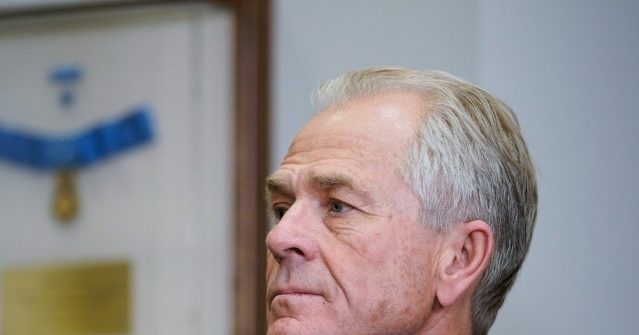 President Trump’s chief trade adviser Peter Navarro hit back at the editorial board of the Wall Street Journal, saying they “never saw an American job” they “didn’t want to offshore.”

In an interview with ABC’s This Week, Navarro slammed the Wall Street Journal after the proponents of free trade published another editorial claiming that tariffs imposed on Chinese imports by the Trump administration are slowing down the American economy.

“When the Main Street Journal starts attacking this administration, that is when we worry,” Navarro said.

“The question for the Wall Street Journal is ‘Where was the Wall Street Journal beginning in 2001 when China got into the World Trade Organization (WTO) and we watched the exodus of over 70,000 of our factories, over five million of manufacturing jobs,’” Navarro asked. “‘Why hasn’t the Wall Street Journal been editorializing over the last ten years about China’s hacking our computers to steal trade secrets, about stealing our intellectual property, about forcing the technology transfer from our companies, about the currency manipulation that occurred for over a decade?’”

Indeed, U.S. free trade with China has eliminated about 3.4 million American jobs from the economy between 2001 and 2017 — costing workers their jobs in all fifty states. The most recent study conducted by the Coalition for a Prosperous America found that permanent 25 percent tariffs on all Chinese imports would create more than a million U.S. jobs by 2024.

The Wall Street Journal for years has published editorials in opposition to tariffs on China and for continued free trade relations.