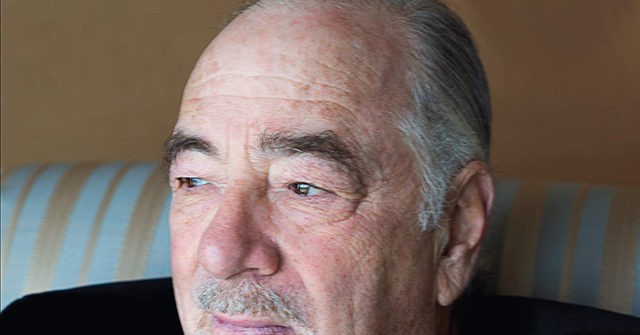 The corporate media’s collective freakout regarding Israel’s decision to deny entry to far-left Reps. Ilhan Omar (D-MN) and Rashida Tlaib (D-MI) while silent on the United Kingdom’s ban on talk radio legend and New York Times bestselling author Michael Savage is yet another example of how the press as a whole has “no standards,” the broadcaster told Breitbart News.

Last week, Israeli Deputy Foreign Minister Tzipi Hotovely announced Tlaib and Omar would be barred from visiting the Jewish state, citing their support for the antisemitic Boycott, Divestment and Sanctions (BDS) movement, a Palestinian-led pressure campaign promoting political and economic boycott against the country. Tlaib called for Israel to allow her into the West Bank to visit her 90-year-old grandmother — a request the Israeli government swiftly granted on humanitarian grounds — but said Friday that she will not visit her relatives, the country’s so-called “oppressive” and “racist” policies. As Breitbart News reported, the group that organized Tlaib and Omar’s trip is run by Palestinian extremist and Israel boycott defender Hanan Ashrawi.

“Maybe if I said I wanted to visit my grandmother the U.K. would let me in?” quipped Savage, who was barred from Britain in 2009 along with radical Islamic terrorists and neo-Nazis for reasons never justified. Under the Gordon Brown administration, then-Home Secretary Jacqui Smith added Savage to the ban list, but never specified which of Savage’s comments prompted the ban. It remains unclear whether Smith has ever actually listened to Savage’s longtime nationally-syndicated broadcast.

“Tlaib is a known Jew-hating, Israel hating, America hating Palestinian radical. I have only the utmost respect for the English People and their great traditions. I never threatened to fire up crowds!” Savage continued. “I am not a front for the Muslim sisterhood. I am not someone who hates Britain. I am an American patriot.”

Asked if the difference in media coverage between his and Tlaib’s ban exposes a “double standard,” Savage bluntly replied, “They have no standards. ”

Nonetheless, Savage, with the help of his longtime attorney Daniel Horowitz, have petitioning recently minted British Prime Minister Boris Johnson to lift the ban on him.

“The ban has stood in place for a decade. Now is the time to lift the ban and take a stand for the rights of free speech that have come under assault in the land of the Magna Carta,” Horowitz wrote in a letter to Johnson earlier this month.

In 2017, the radio host launched a petition asking President Donald Trump to lobby the U.K. to end the ban. The petition garnered thousands of signatures from loyal Michael Savage fans from across the U.S.