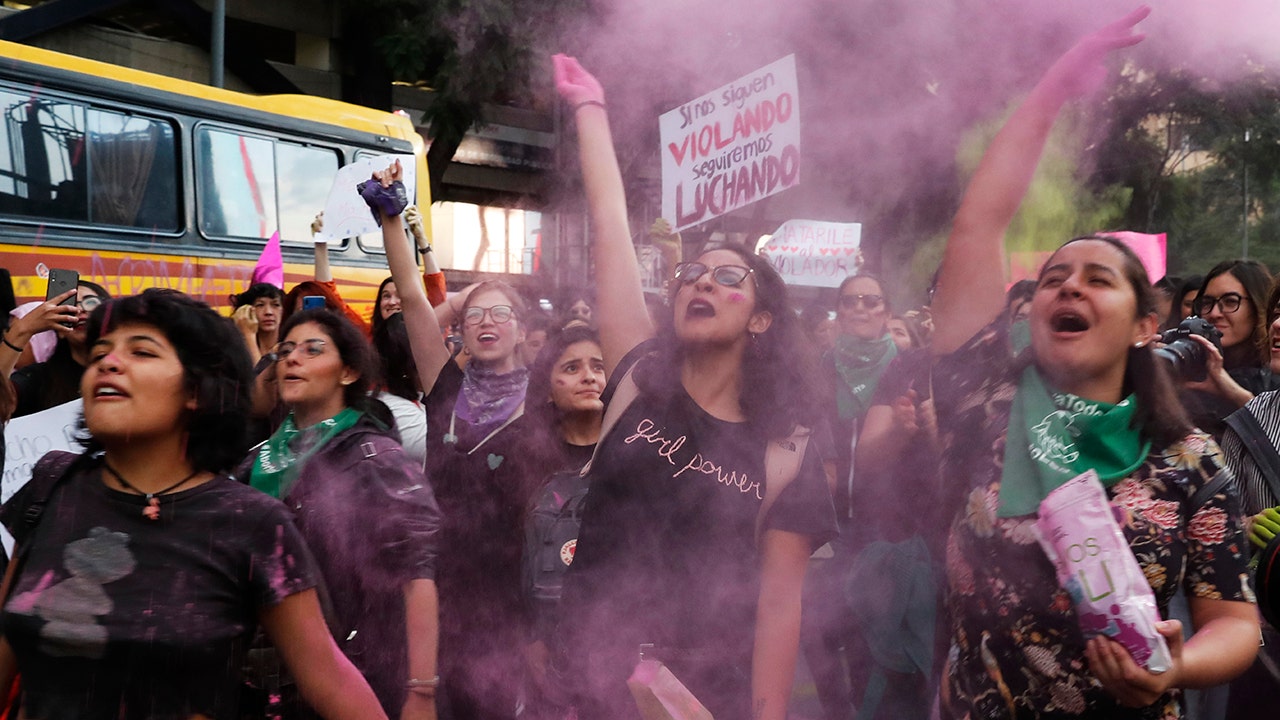 A television reporter in Mexico was knocked unconscious during a live broadcast while covering a tense protest sparked by allegations that police officers in Mexico City raped two teenaged girls, reports said.

The punch occurred during a march Friday against gender violence in the city and was broadcasted on ADN 40,  reports said.

Juan Manuel Jimenez, the reporter, was in the middle of a live broadcast when he was confronted by a female protester who screamed at him.

MEXICO VOWS LEGAL ACTION AGAINST US OVER EL PASO SHOOTING

Once she left, a man dressed in a white shirt and blue hat eases behind the reporter. He rears back and throws a devastating punch that connects squarely with the reporter’s chin, the video appears to show. The reporter drops his microphone and falls to the ground.

The alleged attacker is seen walking back into the crowd of protesters.

Jimenez took to Twitter to thank his followers for their support and said he has filed a complaint.

The crowd at the protest chanted “Rapist police!” and “My friends protect me, you don’t!” and some trashed a bus station, breaking windows and gates. The crowd moved on to a police station, where they smashed windows and set a fire on the second floor, the Associated Press reported.

The demonstrations have become known as the “glitter protests” after marchers earlier this week doused the city’s police chief in pink glitter.

The Associated  Press contributed to this report