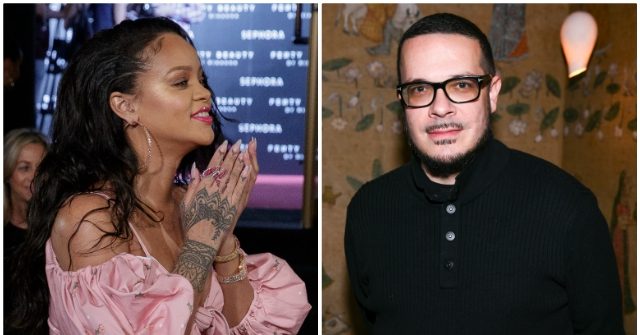 Pop megastar Rihanna is feeling the heat as her decision to honor leftist Shaun King at her annual Diamond Ball is being met with swift backlash on social media, including criticism over the way the controversial social justice activist threatened to sue a fellow activist earlier this year.

Rihanna’s annual Diamond Ball announced Wednesday that it will honor King alongside Barbados Prime Minister Mia Mottley for their “groundbreaking work.” The star-studded bash, set for Sept. 12 in New York, will by hosted by NBC late-night host Seth Myers, and feature performances by Pharrell and DJ Khaled.

“I am particularly honored to present Prime Minister Mottley and Shaun King with this year’s Diamond Ball Awards for their groundbreaking work. We are so thankful to them for joining us and making the night better than ever,” said Rihanna in a statement Wednesday.

Social media reaction to the announcement was swift and condemnatory, with some criticizing King for the way he treated Clarissa Brooks, an activist who questioned his fundraising tactics.

King threatened to sue Brooks earlier this year when she went on Twitter to question whether King was stealing funds he was supposed to be raising for Cyntoia Brown, a sex-trafficking victim. Although Brooks deleted the tweet, King threatened legal action, saying her accusations were false.

Brooks refused to apologize, claiming that King rallied his online follower to dox and harass her. The controversy gave rise to the hashtag #IStandwithClarissa.

On Wednesday, Derrick Clifton, the communications manager for ProPublica Illinois, criticized Rihanna’s decision to honor King, saying the activist needs “to be accountable for a ton of harm done to the community.”

Dear @Rihanna:
With respect, if you haven’t already seen #IStandWithClarissa, you may wish to check it out and –strongly– reconsider the Diamond Ball honoree.

Sh–n K-ng needs more vetting and to be accountable for a ton of harm done to the community.https://t.co/EYh7dAl8qN

Imani Gandy, a senior legal analyst for Rewire.News, said that “there are so many people far more deserving of this honor” than King.

This legit made my heart sink. @rihanna, please have someone look into #ShaunKing’s history of stealing from, threatening, and intimidating Black women, as well as misappropriating funds raised from vulnerable people.

There are so many people far more deserving of this honor. https://t.co/xgVH56usMZ

King rose to fame on social media for his advocacy of the #BlackLivesMatter movement. But questions about his fundraising tactics have plagued him for years.

Reports from Buzzfeed and the Daily Beast have questioned King’s methods. The Daily Beast reported that some of the members of his movement have alleged that money he raised for Haitian orphans and families of black men and children killed by police went “into failed projects, King’s own pockets, or is unaccounted for.”

King has denied the allegations. “It’s just bullshit,”  King told The Daily Beast. “People need to understand that failure is not fraud.”

On Wednesday, King wrote on his official Twitter account that he has never “received a penny… from a single family impacted by police brutality or white supremacy that I’ve raised money for.”

I have literally never received a penny, nothing, from a single family impacted by police brutality or white supremacy that I’ve raised money for.

Nothing. Ever. And not a single family says otherwise.

I’ve literally never even possessed a dime. And wouldn’t. https://t.co/dNWbOXgrRR