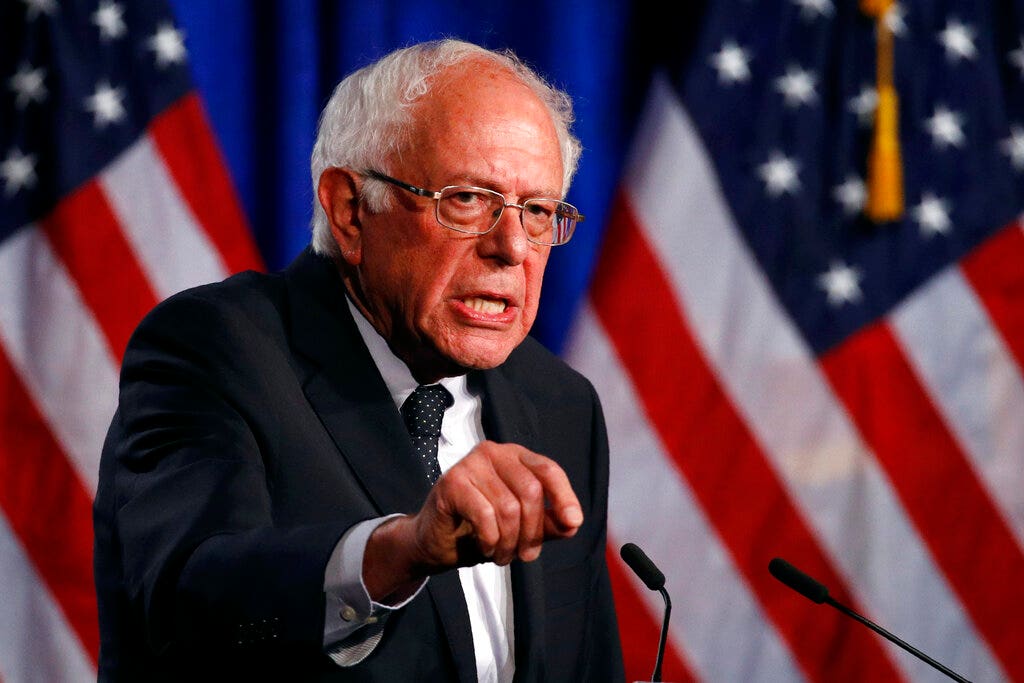 Sen. Bernie Sanders, I-Vt., upped the ante in his progressive agenda on Thursday when he signaled support for criminal charges against executives at oil companies.

“Fossil fuel executives should be criminally prosecuted for the destruction they have knowingly caused,” Sanders tweeted. His comments were the latest in progressive politicians’ long line of attacks on big corporations and their role in climate change.

It came on the same day that he released a sweeping $16 trillion plan to address climate change. Sanders painted his “Green New Deal” as a way to “end the greed of the fossil fuel industry.”

OCASIO-CORTEZ: ‘THERE’S NO DEBATE’ THAT FOSSIL FUEL PRODUCTION SHOULD STOP

“We are going to end the greed of the fossil fuel industry and move to 100% renewable energy,” he tweeted in an attack on natural gas. Sanders’ website indicated that he would, as president, direct his Justice Department to pursue criminal charges against companies like Exxon.

“These executives have spent hundreds of millions of dollars protecting their profits at the expense of our future, and they will do whatever it takes to squeeze every last penny out of the Earth,” his website reads.

“Bernie promises to go further than any other presidential candidate in history to end the fossil fuel industry’s greed, including by making the industry pay for its pollution and prosecuting it for the damage it has caused.”

While Sanders’ pledge seemed unprecedented, left-wing attacks on big oil are nothing new. Former New York Attorney General Eric Schneiderman led a coalition of more than a dozen states in investigating ExxonMobil over allegations it misled the public about climate change.

That turned into a federal lawsuit, alleging the oil giant defrauded its shareholders with its messaging on climate change. Schneiderman resigned in 2018 amid allegations of physical abuse but legal battles continued to swirl around the company.

Sanders’ plan, along with other Democratic climate change proposals, would likely inflict a heavy financial toll on companies like Exxon as Democrats embraced timelines that would drastically reduce carbon emissions within just decades of implementation.

Congressional Democrats have, for example, proposed a carbon tax as a way to cut carbon emissions by 100 percent by 2050.

The bill would purportedly rebate a majority — 70 percent — of revenues from the tax to low and middle-income Americans as a monthly dividend while spending the rest on infrastructure, energy innovation, and helping communities transition to a “cleaner energy economy.”

The right-leaning Competitive Enterprise Institute indicated that businesses would collectively face trillions of dollars in costs as they upgraded commercial and industrial buildings.

For example, the study found that the battleground state of Pennsylvania would face over $2 trillion in costs for upgrading residential, commercial and industrial buildings. Florida would encounter a $1.4 trillion price tag and New Hampshire, the first primary state, would face $102.8 billion in retrofitting costs.

Sanders, and others, have claimed their plans would benefit the economy. The Vermont senator predicted his plan would create 20 million jobs and pay for itself over 15 years.