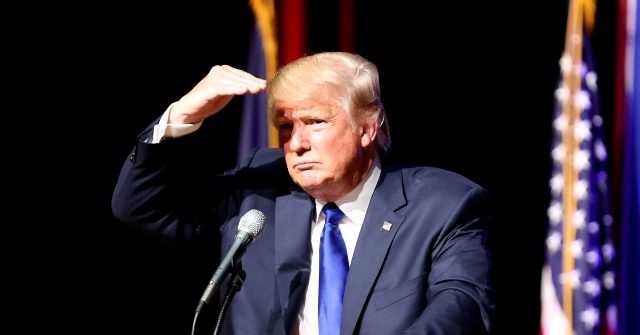 The President of the United States wants to buy an icy northern territory from a foreign country. Critics hate the idea and mock it as absurd and wasteful. But the President makes the deal, and the purchase proves to be one of the most brilliant geopolitical deals in history—a huge boon to American strength and prosperity.

If President Trump can pull off another deal like that, I say God bless him! Greenland’s vast arctic expanse—which, at over 800,000 square miles, is more than a quarter the size of the U.S. Lower 48—is surely another Alaska in terms of untapped wealth. The media would do well to chill with mocking President Trump and instead learn some U.S. history. Our country’s desire to purchase Greenland predates the purchase of Alaska.

Back in 1867, the effort to buy Alaska was the brainchild of then-Secretary of State William Seward, who had originally been appointed to the post by Abraham Lincoln. Under President Lincoln, Seward steered America’s diplomacy during the Civil War, and that experience gave him a deep appreciation of the importance of territory as a source of both wealth and security.  He understood that the possession of a given piece of land can be used as a forward military base for the United States, and therefore not as launching pad for a potential foe.

Those were the days, after all, when the great powers of the era—Britain, France, Russia, and soon Germany and Japan—were sending their gunboats around the world looking to snap up colonies.  So as a simple matter of self-defense, the United States had little choice but to muscle up geographically.

With that in mind, Seward’s first idea was to purchase … Greenland. That’s right, he pursued Greenland first. But the Danes wouldn’t sell. Seward also wanted to buy islands in the Caribbean from, again, Denmark. And once again, the Danes wouldn’t sell, although in that instance the sale finally did go through in 1917, and that’s how Uncle Sam came to own the U.S. Virgin Islands.

In the meantime, Seward kept searching. Seeking the most strategic location and vast natural resources, he cast his eye on the beautiful territory that would become our Last Frontier, Alaska. The Russians had been here—where I stand today—for centuries, easily hopping across the 50-mile-wide Bering Strait from Siberia to “Russian America.” (And, yes, that body of water is so narrow you really can stand in Alaska and actually see Russia. So Tina Fey can suck it.) The Russians weren’t smart enough to do much with Alaska beyond over-whaling and over-hunting.  So when Seward offered the Tsar two-cents an acre—$7.2 million for the whole kit and caboodle—the art of this deal created a bigger, better, safer, and richer America.

Of course, then as now, the critics did what they always do—huddle up, sit on their heinies, and criticize.  The Alaska purchase was lampooned as “Seward’s Folly” and “Seward’s Ice Box.” But Alaska wasn’t an “ice box”—it was an absolute gold mine … literally.

The critics stopped laughing in 1896 when gold was discovered in the Yukon, and soon the Klondike Gold Rush established Alaska as a major magnet. The rich veins even attracted a young German immigrant named Frederick Trump—President Trump’s grandfather—who struck it rich up north and later settled in New York City. Perhaps the Trumps have always had their eye on valuable “glacierfront” real estate.

Today, Alaska is home to more than 700,000 hardy Americans, generating an annual economic output of around $50 billion.  Seward’s “folly” really is Seward’s windfall.

Now let’s go back to the place Seward eyed first. Greenland is economically valuable because of its immense natural resources. Aside from yuge oil and gas development possibilities and enormously rich fisheries, Greenland has iron ore, lead, zinc, gold, and uranium. But perhaps most importantly, the arctic region, and Greenland in particular, is full of rare earth elements, a crucial material necessary for manufacturing just about everything from computer chips to fiber optics to missiles to tanks and you name it. We need rare earth elements to sustain our manufacturing sector and equip our military. And, as shocking as it is to say this, our country is currently dangerously dependent on China to supply our rare earth metals. Since when is it a good idea to be totally dependent on your strategic enemy for an essential resource? China knows they have us over a barrel on this. In fact, as Breitbart’s John Carney reported last May, Beijing has threatened to “weaponize” our dependence on their rare earths as leverage against us in their trade fight.

So, is it any wonder that China also has eyes on Greenland? In fact, China already has a large commercial presence there, as they’ve been scooping up rare earth mining rights. No doubt they would love to get control over all of its resources. They are quite open about their plans to make Greenland a key part of what they call their “Polar Silk Road.” They’re eagerly offering to build international airports, which, of course, they will control.

China understands that Greenland is strategically vital. Up there at the top of the world, it has a commanding position on the Arctic Ocean, not far from Russia.  I, and others, predict the Arctic Ocean will become a key international seaway, with an incalculable advantage going to Greenland.

It’s precisely because of Greenland’s strategic location that we put our northernmost military base there. The Thule Air Force base is crucial to our nation’s missile defense system. Again, is it any wonder why China is so eager to get a foothold in Greenland? As William Seward knew when he purchased Alaska from the Russians, controlling a strategic location allows the United States to establish a forward base and prevent our enemies from doing the same.

So, as a matter of national security as well as economic prosperity, it makes sense for the United States to have a strong footprint in Greenland.

So, go for it, Mr. President. America can help Make Greenland Great Again! And a Trump Tower up there could be very cool.

Sarah Palin is the former governor of Alaska and the 2008 Republican vice presidential nominee.