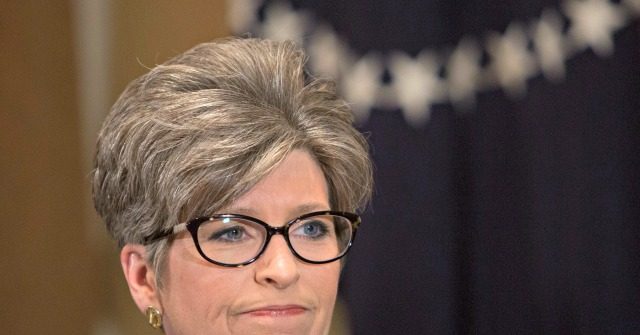 Sen. Joni Ernst (R-IA) said that eliminating the Electoral College would “silence” Iowans’ voices and those in many other states across America.

Sen. Ernst lambasted Rep. Alexandria Ocasio-Cortez’s claim that the Electoral College serves as nothing more than a “scam” and said it has a “racial injustice breakdown.”

Ocasio-Cortez said, “Due to severe racial disparities in certain states, the Electoral College effectively weighs white voters over voters of color, as opposed to a ‘one person, one vote’ system where all our votes are counted equally.”

“Actually @AOC, eliminating the Electoral College would silence our voices here in Iowa and in many other states across the country,” Ernst said.

“This is just more evidence of how out of touch the Democrats have become,” the Iowa senator said.

Actually @AOC, eliminating the Electoral College would silence our voices here in Iowa and in many other states across the country.

This is just more evidence of how out of touch the Democrats have become. https://t.co/yfm4oDCpkm

Sen. Ernst, who is up for reelection in 2020, has fought for Iowans in the Senate.

Sen. Ernst reintroduced in July her Strategic Withdrawal of Agencies for Meaningful Placement (SWAMP) Act to move agency headquarters over geographically diverse areas of the nation, so they focus on helping the Americans most impacted by their decisions. Nearly all federal agencies remain headquartered in or around Washington, DC.

Washington-based federal agencies and bureaucrats make important decisions that impact the lives of Iowans, and all Americans. Yet, how can these rule makers fully consider and understand the effects of their decisions when those who are most impacted by their rules and regulations are out-of-sight and out-of-mind? We need to fix that.

Sen. Ernst first teased in an interview with Breitbart News in July that she will reintroduce her SWAMP Act, noting that many D.C. federal bureaucrats are “so set on D.C. area and they’re not necessarily mission-focused, they’re swamp-focused.”

Ernst said, “If they want to be in an area where they’re supporting farmers and agriculture, they should be out in farm” land, adding that she does not “know of many active farmers here in Washington, DC.”