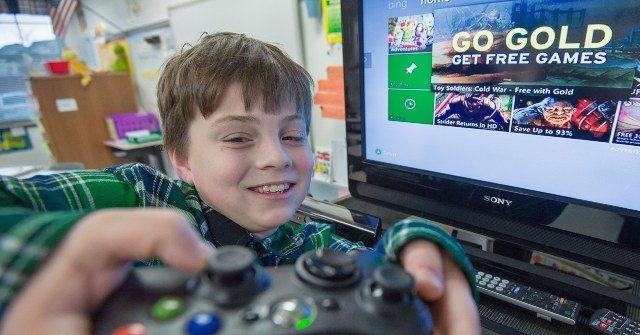 Contractors for Microsoft listened in on the audio of Xbox gamers speaking in their homes in order to improve the console’s voice command abilities. One contractor claims most of the recordings they reviewed were children.

Motherboard reports that former contractors for Microsoft have revealed that they listened in on Xbox video game players speaking in their homes in order to improve the Xbox console’s voice recognition abilities. Contractors stated that the recordings were only meant to be activated when users said a voice command such as “Xbox” or “Hey Cortana” but often recordings were triggered randomly.

One former contractor told Motherboard: “Xbox commands came up first as a bit of an outlier and then became about half of what we did before becoming most of what we did.” The contractor stated that they worked with Xbox audio data from 2014 to 2015 before the Cortana system was implemented in Xbox consoles in 2016. The Xbox has had voice control abilities since 2013 using the Kinect system.

Even in 2013 users worried about their Xbox listening in on them, with Microsoft assuring users at the time: “Kinect for Xbox 360 was designed and built with strong privacy protections in place and the new Kinect will continue this commitment.” The former contractor stated that most of the voices they listened in on were of children.

“The Xbox stuff was actually a bit of a welcome respite, honestly. It was frequently the same games. Same DLCs. Same types of commands,” they added. “‘Xbox give me all the games for free’ or ‘Xbox download [newest Minecraft skins pack]’ or whatever,” they added. The contractor was reportedly paid approximately $10 an hour for their work. The contractor stated: “Occasionally I heard ‘Xbox, tell Solas to heal,’ or something similar, which would be a command for Dragon Age: Inquisition.”

A Microsoft spokesperson commented on the issue stating:

We stopped reviewing any voice content taken through Xbox for product improvement purposes a number of months ago, as we no longer felt it was necessary, and we have no plans to re-start those reviews. We occasionally review a low volume of voice recordings sent from one Xbox user to another when there are reports that a recording violated our terms of service and we need to investigate. This is done to keep the Xbox community safe and is clearly stated in our Xbox terms of service.

We’ve long been clear that we collect voice data to improve voice-enabled services and that this data is sometimes reviewed by vendors,” a Microsoft spokesperson said in an additional statement.

We’ve recently updated our privacy statement to add greater clarity that people sometimes review this data as part of the product improvement process. We always get customer permission before collecting voice data, we take steps to de-identify voice snippets being reviewed to protect people’s privacy, and we require that handling of this data be held to the highest privacy standards in the law. At the same time, we’re actively working on additional steps we can take to give customers more transparency and more control over how their data is used to improve products.

This news is just the latest in a long line of revelations relating to tech firms and the audio data they collect from users. Breitbart News recently reported that Microsoft contract workers are listening in on personal conversations of Skype users that are using the app’s translation service. According to Skype’s website, the company reserves the right to analyze audio and phone calls through the app’s translation feature in order to improve the translation service. However, it doesn’t note that human workers will be doing some of this analysis by listening in on calls.