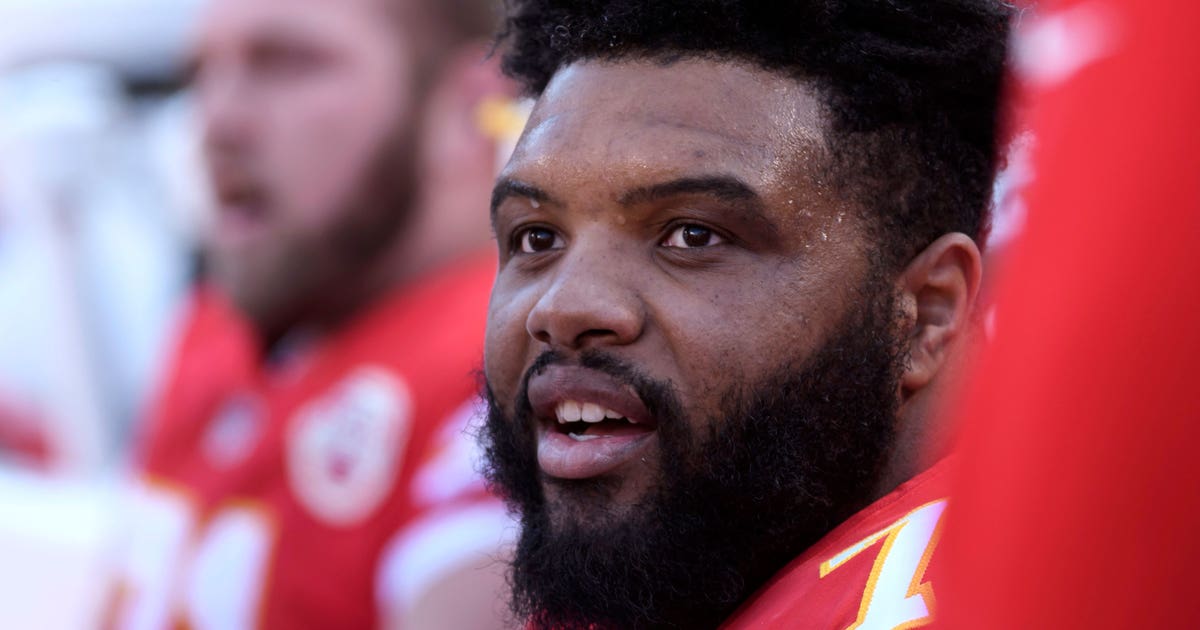 KANSAS CITY, Mo. — Offensive lineman Jeff Allen spent most of the offseason baking cookies with his wife, who began a business back home in Texas, and it may have turned out to be good for his waist line.

The last thing Allen wanted to do after hours in the kitchen was eat one of those cookies.

As much fun as he had, though, he was happy to exchange his chef’s hat for a football helmet again when the Kansas City Chiefs called him recently. Allen was drafted by the franchise in 2012 and played his first four seasons at Arrowhead Stadium before a two-year detour with the Houston Texans.

Allen rejoined the Chiefs last season to provide much-needed depth, but the one-year contract meant he was left to spend the offseason baking cookies.

At least until the Chiefs summoned him once more to provide some veteran help along the line.

“Between me and my family, we felt like this is the opportunity where I get a chance to win a Super Bowl with a great organization, with great people,” Allen said after arriving this week. “People that we love and like, good teammates, good coaches, front office, everything.”

Allen wasn’t the only new/old face. While he was practicing for the first time Tuesday, the Chiefs were wrapping up the details that brought wide receiver De’Anthony Thomas back to the roster.

Thomas actually ran onto the field right in the middle of the workout, diving right in.

Just like with Allen, the speedster has a long history in Kansas City. He was drafted by the club in 2014, played four seasons under his rookie contract, then came back last season on a one-year deal.

The Chiefs have gotten thin at wide receiver with injuries to backups Gehrig Dieter and Marcus Kemp, so bringing Thomas back made sense. But the club waited until deep into training camp because they also wanted to make sure the leg Thomas broke last season was fully healed.

“It’s really been up in the air,” he said, “but I just stayed patient. I disciplined myself by just training my body and stuff like that, just getting ready. I never knew what was going to happen. I just stayed focused, stayed disciplined and just handled what I had to do.”

The fact that Allen and Thomas are experienced with the playbook has helped them get up to speed quickly, and there’s a chance they could play in Saturday night’s preseason game against San Francisco.

“I’ll say this: De’Anthony is a football player. He fell right in,” offensive coordinator Eric Bieniemy said. “He’s been with our organization for a number of years. He knows the culture. He knows the system. He understands how we do things. It’s important to get somebody back, but also somebody that can bring some juice. This kid loves to play football. He loves to practice. He enjoys it.”

Neither veteran is expected to be a crucial cog in what the Chiefs have turned into a high-octane offense. But in Allen, the Chiefs added a knowledgeable offensive lineman capable of playing multiple positions, and in Thomas, they added a pass-catching threat who can assist on special teams.

“I’ve said this before, but he was, pound for pound, probably the toughest player that we had last year,” special teams coach Dave Toub said. “He’s not just a returner, he’s a punter guy, he’s a gunner, he’s a kickoff and he can block. He is not afraid to stick his head in there.”

Rarely do teams expected to contend for the Super Bowl bring in players midway through camp, unless injuries or other unforeseen circumstances arise. But the return of Allen and Thomas are not so much reasons for concern as they are a boost to the bottom of the depth chart.

“There’s that senior leadership that has been through it before,” Chiefs coach Andy Reid said. “Jeff was here in my first year, (Thomas) came just a little bit after that. It’s good to have them back out here. They’re competing and working to make the team. That’s what they’re doing.”

NOTES: Dieter (back), TEs John Lovett (shoulder) and Deon Yelder (ankle), DB Michael Hunter (groin) and DL Breeland Speaks (knee) did not practice Thursday. … Reid said SS Tyrann Mathieu (shoulder) may be held out of Saturday night’s game, even though he was a full participant in the workout. … The Chiefs had a recent visit from Hall of Fame QB Brett Favre, who had a chance to sit down with quarterback Patrick Mahomes. Reid coached Favre in Green Bay, and the three-time MVP and Mahomes have often been compared to each other. “There are not a lot of people that walk in those shoes,” Reid said. “It’s nice for him to see Brett is a guy — he’s a good person, still has fun, all those things. Humble guy.”