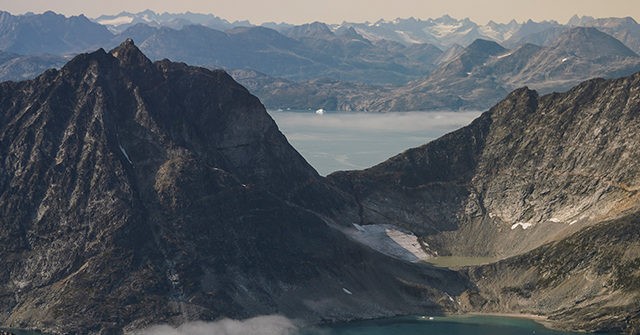 President Donald Trump’s considered acquisition of Greenland reflects the president’s understanding of geopolitical threats posed by China’s efforts to “get a foothold” on the island near Thule Air Base, a U.S. missile defense system, said Tammy Bruce, radio host, Fox News political analyst, and president of the Independent Women’s Voice, in a Wednesday interview on SiriusXM’s Breitbart News Tonight with hosts Rebecca Mansour and Joel Pollak

“Critics of the president [are] projecting their own shallow point of view and their own ignorance onto him,” said Bruce. “They’re treating this as though it’s a headline from the Onion, or he wants a legacy as if he doesn’t already have one, or he wants to build a building there.”

Bruce continued, “For anyone that is actually looking at the geopolitics that have been going on since [Donald Trump] became president, China has been trying to get a foothold in Greenland. As a matter of fact, Greenland wanted some infrastructure spending for a couple of airports. They went to Denmark — they’re an autonomous territory of Denmark — and asked for the money, and Denmark said, ‘No.’”

Bruce recalled Greenland’s solicitation of assistance from China to fund airports on its territory.

Bruce explained, “So what did the Greenlandic leaders do? They went to Beijing, and they said to the Chinese, ‘Do you want to spend some money and help us build these airports?’ and China was like, ‘Oh, sure, as long as we have complete control over the building, and the management.’”

China’s attention to Greenland was examined in a column of Bruce’s in the Washington Times on Wednesday:

“China needs to carefully consider the possibility that a small and weak Greenlandic nation could emerge in the Arctic in the next 10 years,” wrote Xiao Yang, director of the Arctic Research Center at Beijing International Studies University, in a recent paper. “This will be the key node for the successful implementation of the Polar Silk Road,” the [Wall Street Journal] reported.

Bruce described the Trump administration’s approach to Greenland as a 21st century Monroe Doctrine to counter China’s expansion of influence.

“James Mattis says, ‘No. This is not acceptable. Our ballistic missile defense system is based there,’” Bruce added. “We effectively have a non-compete clause with our military in Greenland. Effectively, it is a North American island, just near, of course, the Arctic, and we’re not going to let China [move in].”

“So based on General Mattis’s urging, at the time our secretary of defense, [Denmark] did pony up for the infrastructure, and only this June did the Chinese finally acknowledge that they weren’t going to be a part of it,” Bruce stated. “So it is no coincidence that after all of that nonsense, two months later, is Donald Trump saying, ‘Hey, we think maybe we should be buying Greenland,’ because Denmark was telling the Greenlandic prime minister they didn’t have the money to help with the infrastructure.”

“As a matter of fact, there’s no industry there — I think there’s a Canadian mining company there mining for gold — because [Denmark is] holding Greenland out as some example of their super special environmental commitment. In the meantime, you have massive poverty, massive unemployment, extraordinarily high rates of suicide and alcoholism.”

American national security is compromised by the incompetent “mismanagement” of Greenland by Danish leadership, wrote Bruce, given the territory’s geographical significance:

One of those issues is the vital importance of Greenland, its horrible mismanagement as the Danish elite virtue signal about their environmentalism, condemning its 55,000 residents to poverty-stricken lives, and the national security risks economic dereliction invite. The incompetence ruining Greenland, in fact, compelled Greenlandic officials to reach out to China as they searched for a Sugar Daddy to fund infrastructure projects.

Bruce remarked, “So there’s 55,000 people on this island suffering because Denmark likes to have it like some colonial place, and the Chinese are very interested in having Greenland, whether they own it outright [or not], but they certainly are interested in having a footprint there, and clearly we have an interest in that not happening.”

Mansour described China’s geopolitical modus operandi as “colonialism by debt” via financing of infrastructure projects beyond its borders.

Bruce concurred, “Of course Greenland would default [in repaying China] because Denmark has no money. Denmark has nothing. and then of course China would confiscate that element and effectively own Greenland by default. It is an absurd situation.”

“The point, I think, [Donald Trump] is making when it comes to Denmark’s attitude is, ‘We know you have no money. We know people are suffering in Greenland. We know you were perfectly accepting of the Greenlandic leadership going to China, and you’re not paying [your] NATO commitment. We protect them.’”

Bruce concluded, “Russia continues to get crazy, and they’re going to sit there and fold their arms and say the idea is absurd? As a matter of fact, it is the best idea and offer they’ve had, probably, in the last hundred years, separate from what we were willing to do right after World War II. If any president is going to make a difference there, it’s going to be Donald Trump.”