A former NFL player took to Twitter Saturday morning to plead for help over head trauma he believes he got from years of football.

Le’Ron McClain, a retired fullback who played in the NFL for seven years for the Chiefs, Ravens and Chargers, tweeted at 6:30 a.m. ET: ” I have to get my head checked. Playing fullback since high school. Its takes too f—ing much to do anything. My brain is f—ing tired…. @NFL i need some help with this shyt. Dark times and its showing. F—ing help me please!! They dont care I had to get lawyers man! … Like im mad im pissed im crying im upset im a f—ing mess!!!! Please man.”

The NFL has been embroiled in controversy over how it takes care of its players, as USA Today reported.

The league has written on its concussion website: “Retired NFL Football Players received head trauma or injuries during their NFL Football careers, which caused or may cause them long-term neurological problems. They accused the NFL Parties of being aware of the evidence and the risks associated with repetitive traumatic brain injuries, but failing to warn and protect players against those long-term risks and ignoring and concealing this information from players.” 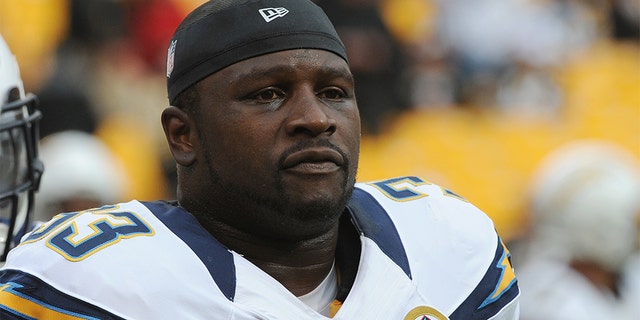 Chronic Traumatic Encephalopathy — or CTE — has been identified in many athletes, especially those playing football, soccer, hockey, rugby and others exposed to repeated head injury.

CTE often could lead to depression and other behavioral disturbances in younger people. Symptoms in older people, however, may be indistinguishable from Alzheimer’s disease.

CTE has been linked with repeated concussions; some scientists have claimed it may occur after repeated head blows that don’t trigger any obvious symptoms. Still, they’ve had trouble pinpointing how many head hits would be too many.