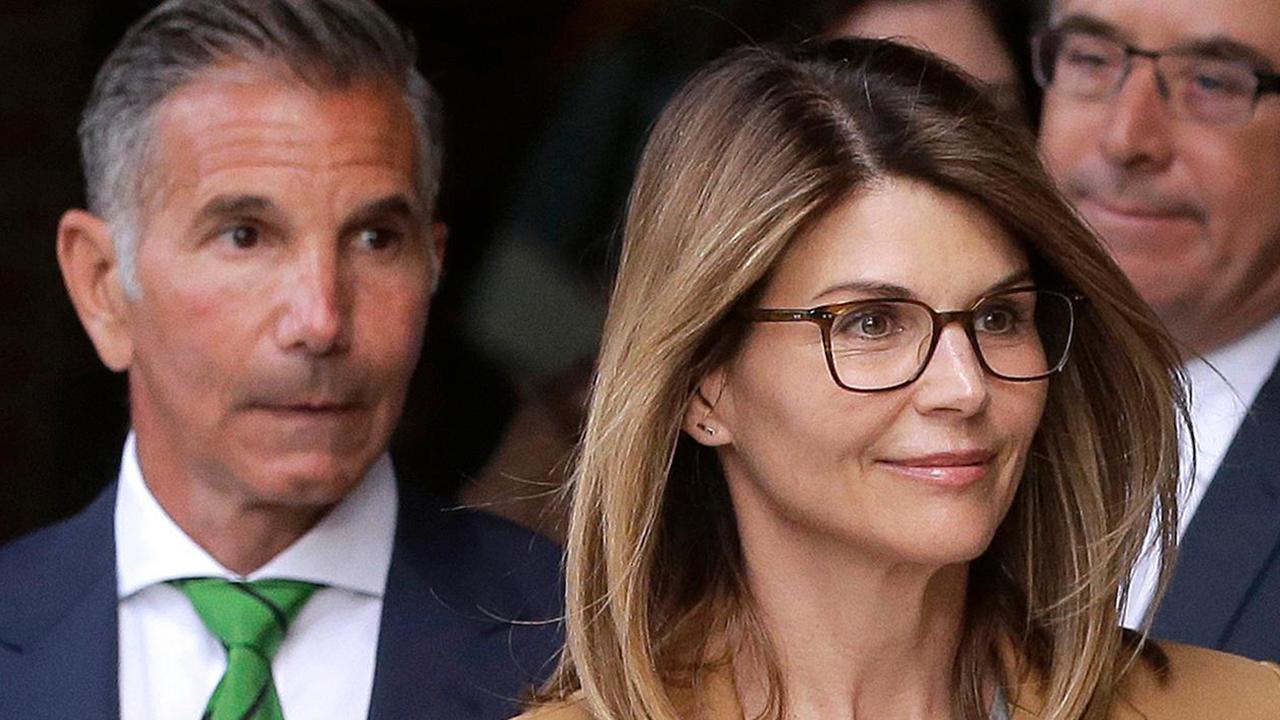 Lori Loughlin is keeping a low profile ahead of her next court appearance in the college admissions scandal, scheduled for Tuesday.

A friend of Loughlin, 55, and husband Mossimo Giannulli said that other than going to church on Sundays, the couple mostly has been staying home post-Operation Varsity Blues, in part because their friends have pulled away from them.

“A lot of these people are ­socially prominent, give to charities, have done the right things wealthy people are supposed to do in this town. They’re scared they might get ostracized by association,” a Bel Air insider told the New York Post of Giannulli and Loughlin’s pals.

“They’re calling less, inviting less. Hanging back — for now,” the source continued. “If [Giannulli and Loughlin] are not convicted, everything will go back to the way it was. But if they are, well, they might want to move. It’s sort of Bel Air ‘Bonfire of the Vanities.’”

In March, the erstwhile Hallmark Channel star and the fashion designer were accused of paying $500,000 to admissions scam mastermind William “Rick” Singer to get daughters Olivia Jade and Isabella recruited onto the USC crew team despite neither girl ever being a rower in high school. The girls’ enrollment statuses at USC have remained on hold pending an internal investigation into the scandal.

The couple rejected the plea bargain that other parents allegedly involved in the case — including Felicity Huffman — accepted. They then were slapped with additional charges of money laundering and conspiracy; each could face up to 40 years behind bars if convicted of all counts and charges.

Sources told the Post that Loughlin and Giannulli, 56, genuinely didn’t think they did anything wrong and didn’t realize that the payments they made to Singer — whose KWF Foundation was used allegedly to launder bribes — weren’t legit.

“They thought Rick Singer was legit, that they were helping people by giving him a charitable contribution,” the pal said. “He was lying, not them.”

The friend explained that part of why Giannulli and Loughlin pleaded not guilty wasn’t just because they felt they didn’t do anything wrong, but also because they didn’t realize the severity of the crimes with which they were accused.

“[Huffman] pleaded guilty because she arranged for her kid to cheat on a test. It’s a whole different case. Lori and Mossimo didn’t know what they were doing,” the source said.

The friend said Loughlin and Giannulli “hope they’re seen in a forgiving light … They are the victims here — the colleges are greedy. [They] feel horrible.”

While Loughlin and Giannulli’s friends haven’t been too welcoming of them, their daughters reportedly have stood by them, despite previous reports saying Olivia Jade thought Loughlin and Giannulli “ruined her life” by forcing her to go to college in the first place. The YouTube starlet also lost several endorsement deals following the scandal, but the Post reported she’s hoped eventually her added name recognition would lend itself to more lucrative opportunities.

A source told People that Olivia Jade and Isabella haven’t been mad at their parents and that the girls were still close with their own friends.

“Bella still lives at home, and Olivia has her own place but they both have a big group of friends,” a longtime friend of Loughlin said. “None of their friends have turned on them. It’s the opposite.”