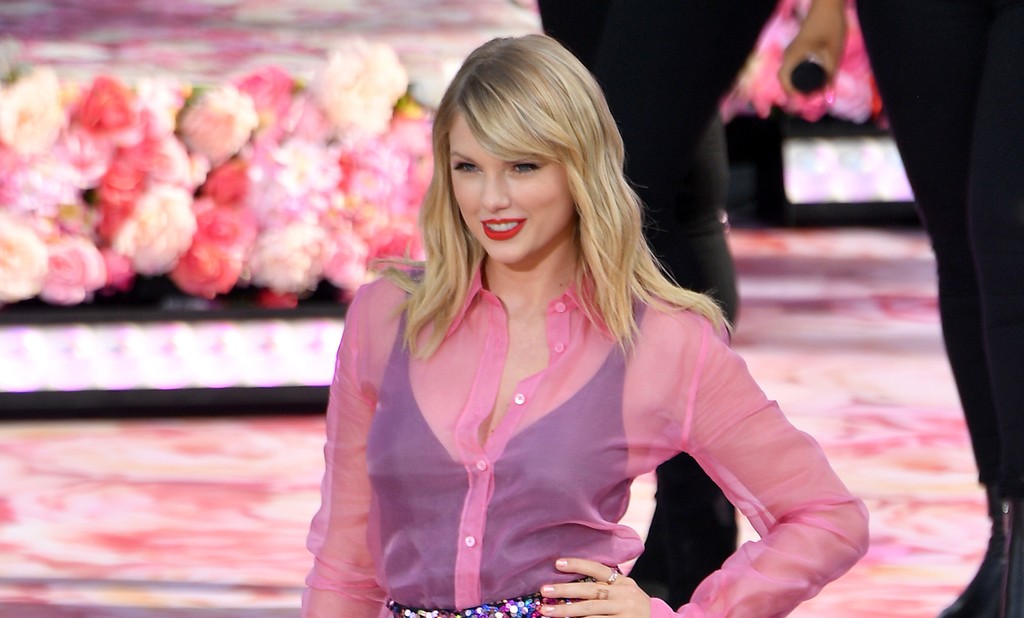 Taylor Swift doesn’t give many interviews. The Reputation songwriter has been understandably hesitant to speak to the press amid roughly a decade of unrelenting controversy, which officially kicked off with her infamous interruption by Kanye West at the 2009 MTV Video Music Awards (and most recently included rumors about her own alleged bisexuality). But in a new interview with the Guardian, Swift broke her silence on over a decade of slip-ups and PR scandals, not the least of which had to do with her numerous run-ins with Kanye.

One such occurrence happened in 2016, when Kim Kardashian shared a video of Swift verbally agreeing to let Kanye use her name in his Life of Pablo song “Famous.” “For all my Southside niggas that know me best / I feel like me and Taylor might still have sex / Why? I made that bitch famous,” West memorably raps in the opening verse.

In the new Guardian interview, Swift clarifies that she never agreed to the “bitch” lyric, adding that it didn’t matter anyway after everyone had already condemned her as two-faced. “When people are in a hate frenzy and they find something to mutually hate together, it bonds them,” she says. “And anything you say is in an echo chamber of mockery.”

Swift also discusses a 2015 incident with Nicki Minaj, where when Nicki tweeted about loosing to “white women with very slim bodies” at the 2015 VMAs, Swift responded with call for vaguely feminist solidarity, saying: “Maybe one of the men took your slot.”

In the new interview, she says that the incident helped her understand “a lot about how my privilege allowed me to not have to learn about white privilege. I didn’t know about it as a kid, and that is privilege itself, you know? And that’s something that I’m still trying to educate myself on every day. How can I see where people are coming from, and understand the pain that comes with the history of our world?”

Swift also discusses her professional relationship with disgraced film producer Harvey Weinstein, who asked her to write a song for the 2013 film One Chance. “He’d call my management and be like, ‘Does she have a song for this film?’ And I’d be like, ‘Here it is,’” she says about the sugary single “Sweeter Than Fiction” co-written by Jack Antonoff.

Distancing herself from Weinstein, she says that they “absolutely never hung out,” and that she “would get a vibe” from the producer. “I would never vouch for him,” she says. “If you listen to the stories, he picked people who were vulnerable, in his opinion. It seemed like it was a power thing. So, to me, that doesn’t say anything—that I wasn’t in that situation.”

Swift also spoke about her recent interest in politics, especially her support for LGBTQ rights on the Lover single “You Need To Calm Down,” which mentions the Gay & Lesbian Alliance Against Defamation, or GLAAD. “I come from country music,” she tells the interviewer. “The number one thing they absolutely drill into you as a country artist, and you can ask any other country artist, is ‘Don’t be like the Dixie Chicks!’…They were made such an example that basically every country artist that came after that, every label tells you, ‘Just do not get involved, no matter what.’”

Swift’s new album Lover arrived on Friday, featuring the singles “You Need to Calm Down,” “The Archer,” “Lover,” and “ME!” featuring Panic at the Disco!‘s Brendon Urie. The album is her first since 2017’s Reputation, and first since her departure from longtime label Big Machine records.  Read the Guardian’s full interview here.