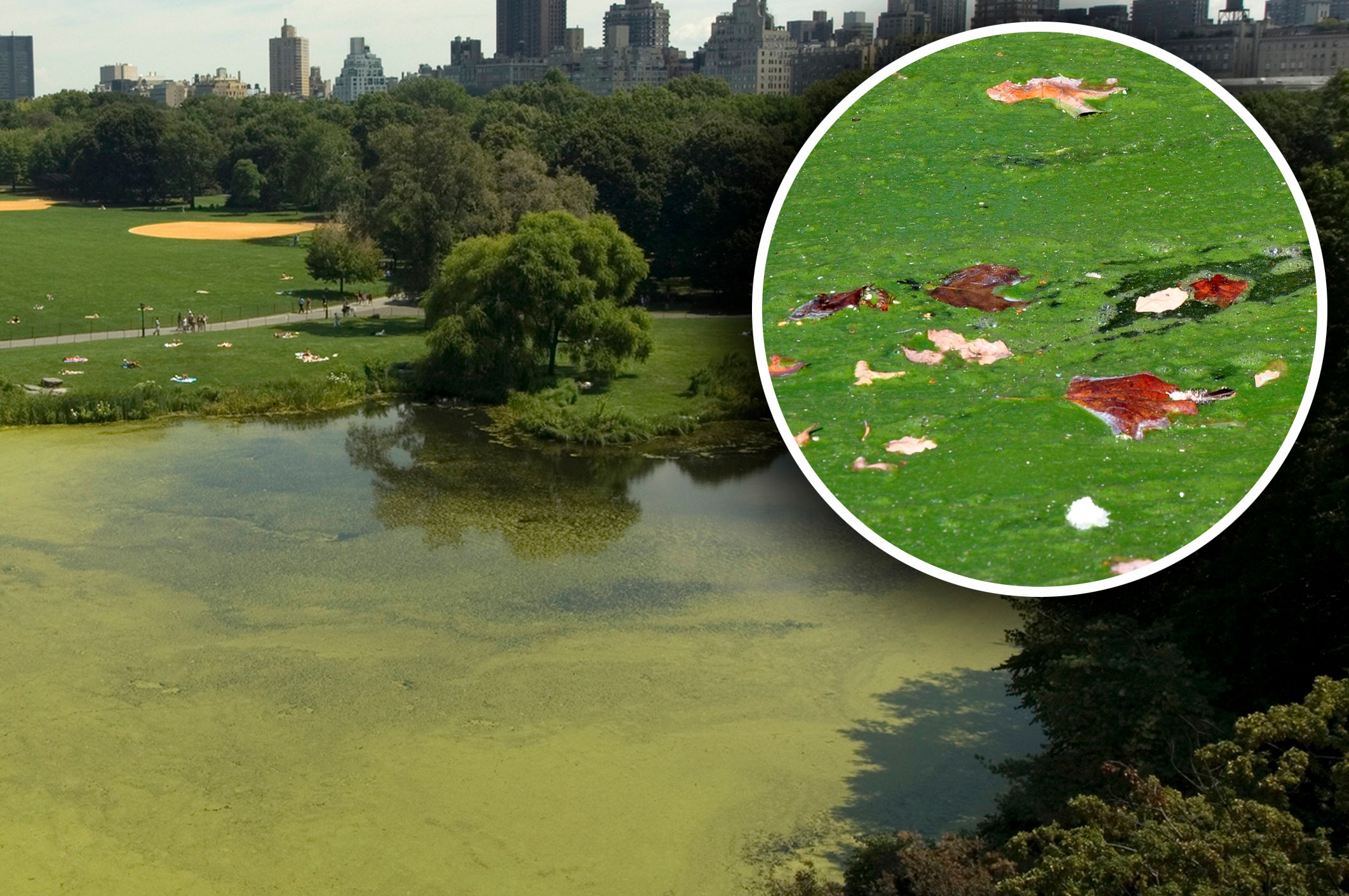 Officials are warning that children and pets should stay away from bodies of water in two New York City parks, after they tested positive for the same type of toxic algae that killed several dogs across the country this summer.

Water testing in some areas of Central Park in Manhattan and Prospect Park in Brooklyn confirmed the presence of a bacteria that may produce toxins, according to the New York Department of Environmental Conservation (DEC).

The toxic algae turned up in Turtle Pond in Central Park and Prospect Park Lake, where the most recent tests from earlier this month showed dangerously high levels of toxins, according to the DEC.

Initial lab results from the sample taken by New York City Parks on Aug. 11 at Central Park’s Harlem Meer showed high levels of toxins as well, according to The DEC. The next week, harmful algal blooms had been confirmed at Harlem Meer but toxin levels were below the threshold.

Evidence also suggested the Lake in Central Park could be affected.

In North Carolina, three dogs died earlier this month after swimming in a Wilmington pond and becoming exposed to toxic algae. Their owner posted on Facebook that the dogs “contracted blue-green algae poisoning” after their swim, and that the algae killed the pets within a matter of hours.

Dogs also reportedly have died in Austin, Texas, and Marietta, Ga., after swimming in algae-filled waters. Austin has warned pet owners not to let their pets swim in Lady Bird Lake as a result of algal blooms.

BEWARE OF TOXIC ALGAE THAT CAN KILL YOUR DOG

“When enjoying fresh water features in city parks, it is important to try to avoid contact with any algae and keep pets on leashes and do not allow them to enter or drink from lakes and ponds unless in areas specifically designated for such activities,” a spokeswoman with NYC Parks said in a statement sent to Fox News.

According to the official website of the New York City Department of Parks and Recreation, blooms that produce blue-green algae (BGA), also known as cyanobacteria, could be toxic.

The department warned one should assume a BGA bloom is present when water looks like pea soup, or green, blue or red paint — or when blue or green scum is seen floating on water surfaces or accumulated along the shoreline.

BGA could trigger skin and eye irritation from contact, asthma-like symptoms from inhaling the water and gastro-intestinal and neurological symptoms from ingestion, experts have said.

People exposed to BGA-affected water should wash themselves with clean water and seek medical attention if they experience symptoms such as skin, eye or throat irritation; allergic reactions or breathing difficulties; nausea, vomiting, diarrhea, dizziness, headache or fever, according to the experts.