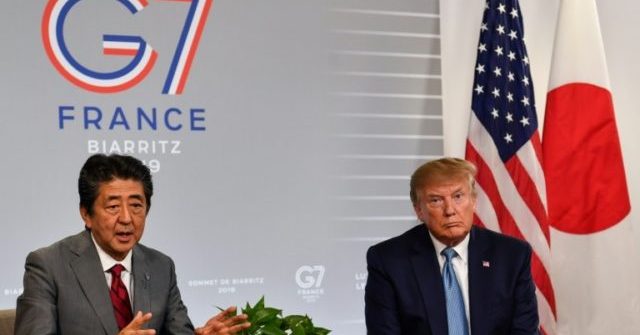 President Donald Trump said that the U.S. had reached a trade deal with Japan that would involve “billions and billions” of dollars of trade between the two nations.

“We’ve been working on a deal with Japan for a long time. It involves agriculture and e-commerce and many other things. It’s a very big transaction and we’ve agreed in principle” Trump said at a press conference where he was seated beside Japanese Prime Minister Shinzo Abe. “It’s billions and billions of dollars.”

Trump said he expected the two leaders would sign a deal next month.

U.S. auto tariffs, which Japan has been asking to be reduced, will stay in place. But the deal rules out those tariffs going even higher. And U.S. Trade Representative Robert Lighthizer said other tariffs would be cut.

The corn part of the deal should alleviate some of the economic pressures on U.S. farmers from China’s retaliatory tariffs. China had promised to buy additional U.S. farm products, but that has fallen by the wayside as trade tensions have escalated over the past month.