The study found that 17,000 children received treatment for strangulation after getting tangled up in the cords.

When you look at the cords beside your window, the word ‘danger’ doesn’t come to your mind. However, this isn’t the case for the Walla family because, Gavin Wall, their three-year-old son almost died because the cords entangled him. According to a new study in the Pediatrics journal, window covering cords are not safe, in fact, they are hazardous.

The Center for Injury Research and Policy at Nationwide Children’s Hospital, Dr. Gary Smith said, “We’ve known about this problem since the 1940s, yet we continue to see these deaths. This is simply unacceptable because we know how to prevent them.” 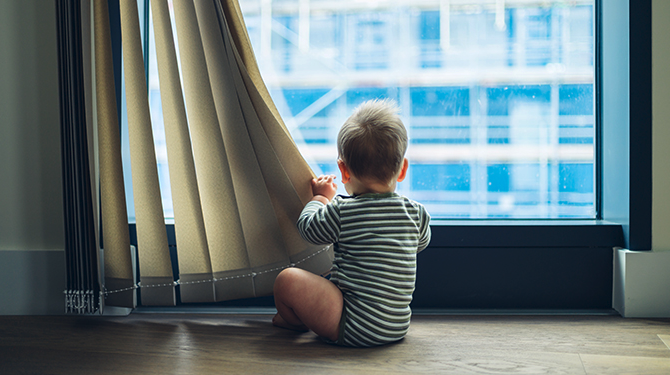 During conducting the study, the researchers found out that 17,000 children received treatment for strangulation. Out of all these cases, 271 children had lost their lives.

Gavin was lucky to escape from certain doom because his mom saw what was happening. To educate the world about the dangers of window covering cords, the family shared a video about the incident. Gavin said, “I could have died from that very small thing.” Nicci Walla, his mother added, “I don’t know how long he was there. I was probably in the other room for three to five minutes before I caught him.”

His mother was able to record the accident because she wanted to take a video of her twins playing. However, as she passed the room, she saw Gavin hanging from the window cords. Thanks to her quick actions, she was able to save the life of her son.

Reno Mahe, a former NFL player, wasn’t as fortunate as the Walla family. He lost his daughter to window blind cords in 2016. One of CPSC’s press and public affairs officer, Kim Dulic said that Ikea, Select Blinds, and Target have already introduced window coverings without any cords. Home Depot, Lowe’s, and Wal-Mart will be launching cordless window coverings by 2018. 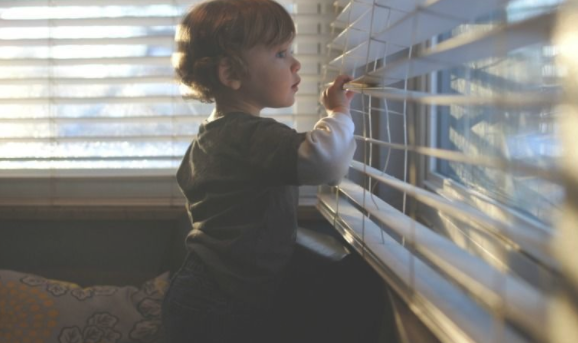 CPSC made the following statement to TODAY, “The agency believes this will be a major step forward in protecting children. CPSC recommends that consumers buy and install cordless or inaccessible cord window coverings in homes where children live or visit.”

Smith also said, “There are affordable cordless blinds and shades on the market now that are safe. What we need is for all manufacturers to simply eliminate accessible cords in their products. That’s the solution. No parent can watch their child every second of every day. That’s why it’s important to couple supervision with products that are safe for children.”

Window Covering Manufacturers Association had the following to say, “The window covering industry has been working diligently to reduce the strangulation risk posed by certain corded window coverings. In fact, the most significant change to the window covering safety standard since its inception in 1996 is in its final stage of approval. The newest revision of the safety standard … will require more than 80 percent of all window covering products sold in the U.S. and Canada to be cordless or have inaccessible cords.” 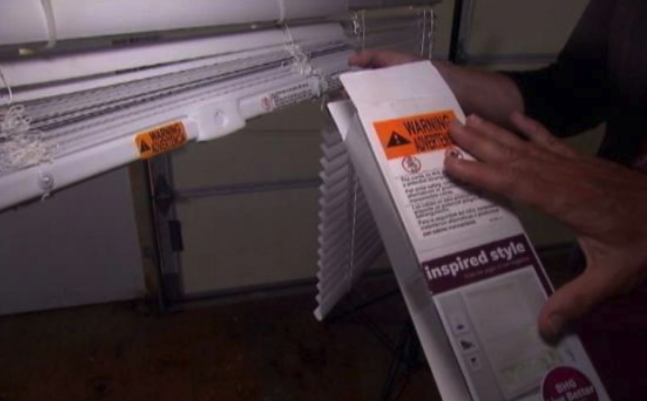 Please share this story with your friends who have young children to warn them!