“Dogs will get in a body of water even if it looks or smells bad, including when it contains cyanobacteria,” the CDC says. “Dogs are also more likely to drink the contaminated water.”

Two women from North Carolina hope to prevent other dog-lovers from the pain they suffered after a trip to the pond finished with their three pups dying of toxic algae poisoning a few hours later.

Melissa Martin and Denise Mintz took their dogs Abby, Izzy and Harpo to the pond to cool off after a warm day last Thursday in Wilmington, N.C. The happy dogs played in the mud, swam in the water and proceeded to chase each other around, enjoying every moment of this seemingly fun day. 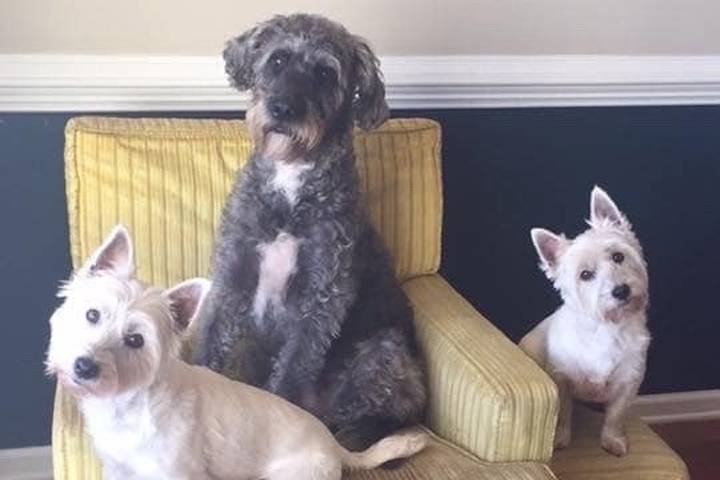 Unknown to both dog and pet, they were also subjected to blue-green algae, a toxic bacteria that can trigger severe responses in people and livestock, including liver failure and mortality. The animals crashed into a sequence of seizures later that night, and a journey to the vet could not assist them. Shortly after midnight, all three dogs sadly died of liver failure.

“I wish I could do today over,” Martin shared in an emotional Facebook post on Friday morning, which was less than an hour after the dogs died. “What started out as a fun night for them has ended in the biggest loss of our lives.”

In order to prevent future tragedies, Martin and Mintz are planning to visit every affected body of water in their area so thst they can post signs warning of toxic algae.

“We are now on a mission,” Martin said.