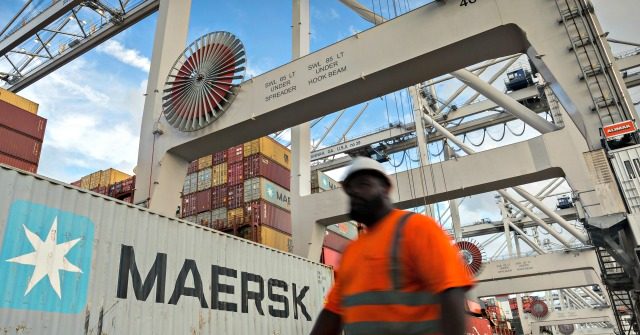 More than two-in-three American voters say it is “necessary” for President Trump to fight China on trade that has, for years, resulted in mass layoffs of U.S. workers and enabled a rise in Chinese imports.

Last month, Chinese officials announced that they would be retaliating against the U.S. by imposing five to ten percent tariffs on $75 billion worth of American goods — a response to Trump imposing new tariffs on $300 billion worth of Chinese products in September and December. After the news, Trump demanded American companies move their production out of China and back home to the U.S.

The latest Harvard/Harris Poll finds that American voters are overwhelmingly supportive of the U.S. confronting China on trade, even if they believe the country is taking economic hits for doing so. A total of about 67 percent of voters said it is “necessary” for the U.S. to confront China on trade, while only 33 percent said it is “unnecessary.”

Nearly seven-in-ten swing voters said confronting China on trade is necessary, as well as 50 percent of Democrat voters, 86 percent of Republican voters, and 66 percent of moderates.

The support for fighting China on trade comes even as American voters believe it is the U.S., more than China, that is being hurt by Trump’s tariffs, but support for the tariffs on Chinese imports remains.

Despite China’s economy this year slowing to the weakest growth rate since 1992, about 63 percent of voters said the tariffs are hurting the U.S. more than China. Republican voters and conservatives, by 63 to 66 percent, are the only demographic groups who said the tariffs were hurting China more than the U.S.

Still, voters are split evenly on their support for Trump’s tariffs on billions of dollars worth of Chinese made goods. Nearly 80 percent of Republican voters support the tariffs on Chinese imports, along with a majority of 51 percent of swing voters and 53 percent of rural voters.

For decades, free trade has helped gut working and middle-class jobs and stripped whole middle American towns of their industries and livelihoods. Since the North American Free Trade Agreement (NAFTA) was signed and China was allowed to enter the World Trade Organization (WTO), nearly five million American manufacturing jobs and 50,000 manufacturing facilities have been eliminated from the U.S. economy. This mass elimination of working and middle-class jobs due to free trade has coincided with a nearly 600 percent increase in trade deficits.

The most recent study by economists at the Coalition for a Prosperous America (CPA) finds that permanent 25 percent tariffs on all Chinese imports to the U.S. would create more than a million American jobs by 2024, Breitbart News reported.