Actor Hosea Chanchez says a friend’s father sexually assaulted him in Alabama when he was 14 years old, identifying his abuser as a college administrator who later worked at a state university in Pennsylvania and faced accusations that he harassed and molested several male students.

Chanchez, who starred in BET’s long-running series “The Game,” described what he says happened to him in an Instagram post this week, writing that he decided to go public now “in hopes that my TRUTH helps to free someone else from guilt and shame at the hands of a predator, rapist, pedophile.”

The actor confirmed to The Associated Press on Friday that the Isaac Sanders he says assaulted him in the 1990s is the same man who worked at Pennsylvania’s East Stroudsburg University in the 2000s.

Sanders’ lawyer in Pennsylvania, Harry Coleman, told the AP on Wednesday that he had not spoken to his client about Chanchez. Coleman did not immediately respond to phone and email messages Friday. Two messages were left at a phone number associated with Sanders seeking comment on Chanchez’s accusation.

On Instagram, Chanchez, now 37, recounted an assault he said happened in Montgomery, Alabama, when he was around 14.

He said Sanders had been grooming him with explicit sexual banter. One day, he wrote, Sanders was giving him a ride home from his house when he detoured, pulled to the side of a dirt road and said he wanted to talk to Chanchez about his future.

“He worked at a university so he said he’s only looking out for me and my future. Then out of nowhere he said he wanted to see what the girls are going crazy over, then he reached over unzipped my pants and told me to trust him,” Chanchez wrote.

JAIL WHERE JEFFREY EPSTEIN DIED HAS HISTORY OF SECURITY BREACHES 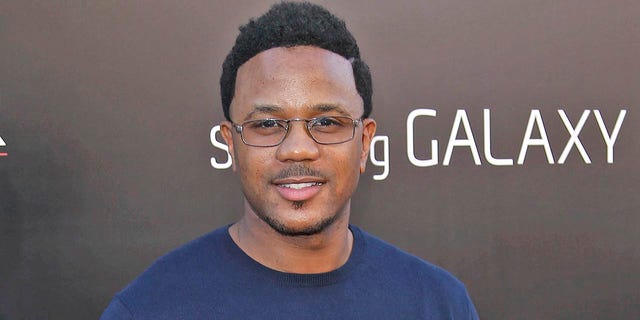 This May 20, 2013 file photo shows actor Hosea Chanchez at the LA Premiere of “The Hangover: Part III” in Los Angeles. Chanchez says a friend’s father sexually assaulted him in Alabama when he was 14 years old. Chanchez, who starred in BET’s long-running series “The Game,” identifies his abuser as a college administrator who later worked at a state university in Pennsylvania and faced highly publicized accusations that he harassed and molested several male students. (AP)

Chanchez wrote that Sanders performed oral sex on him. Afterward, he said, Sanders ordered him to keep quiet about it. “He told me he’s a very powerful man and if I’d ever told anyone he would ruin my life and no one would believe me anyways,” Chanchez wrote.

He said he buried the memory for decades.

“As a man, a black man, I always thought acknowledging this would make me less of a man. I was afraid to be judged, talked about, laughed at or even worse … not believed at all.”

The actor said Friday that he had not contemplated filing a police report in Alabama, but that he decided to speak out now in part to prevent Sanders from hurting anyone else: “No one will leave their kid around him now and say they didn’t know that he’s a pedophile.”

The Associated Press does not typically name people who say they are the victims of sexual assault unless they identify themselves publicly, as Chanchez has done.

The case at East Stroudsburg University, a state-run university in the Pocono Mountains, involved college-age accusers.

There, the former students said Sanders used his high-powered job to offer them gifts, scholarships and campus jobs, then sexually harassed or assaulted them, including with forced oral sex. The students’ lawyer has portrayed Sanders, who is black, as a predator who targeted emotionally fragile black men from broken homes because he believed they would be less likely to report the abuse.

The state’s investigation into Sanders, which led to his 2008 ouster from East Stroudsburg, found he “exercised exceedingly poor judgment toward” students and mishandled donor funds, according to his termination letter.

Sanders has never been charged with a crime and has always categorically denied sexually touching any of the men. A federal jury sided with the former university official in a 2014 lawsuit brought by the students.

Sanders, who faced a similar accusation of sexual misconduct when he worked at Stillman College in Alabama in the 1990s, filed a wrongful termination suit against the state of Pennsylvania last year. A federal judge dismissed it.

“They’re sick about this. They have to relive it all over again,” he said Friday.

Murray, a former federal prosecutor, has long accused Pennsylvania authorities of a cover-up in the Sanders case, saying Sanders was never subject to a proper criminal investigation.

Pennsylvania’s state university system — which is separate from Penn State University, whose former assistant football coach Jerry Sandusky was convicted of child sexual abuse — has consistently refused to release its investigative report on Sanders. A spokesman said Chanchez’s allegations have not changed its position.

Chanchez told the AP that he had been unaware of the Pennsylvania case but that he “figured that maybe I wasn’t the only one.”