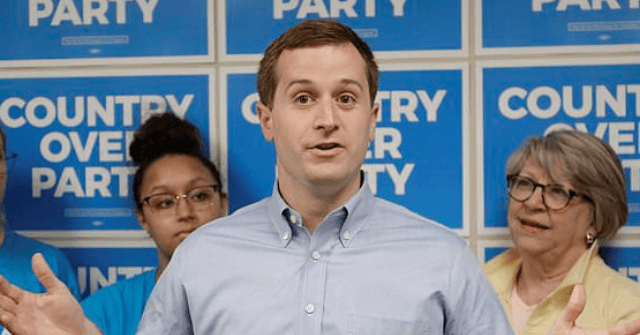 During a rally for Republican congressional candidate State Sen. Dan Bishop (R), who is running against McCready in North Carolina’s 9th congressional district, Trump blasted the state’s sanctuary city policies that have resulted in nearly 500 criminal illegal aliens being released from police custody since October 2018.

“One of the biggest issues in this election is, in fact, sanctuary cities,” Trump said. “McCready supports sanctuary city policies that force prisons and jails to release criminal aliens directly into your neighborhoods. Get out, go ahead, go into the neighborhood … honestly, it’s crazy what’s happening.”

“In August, McCready said it was ‘the right call’ to set illegal alien criminals loose in the great state … of North Carolina,” Trump said, referring to McCready’s support for Gov. Roy Cooper’s (D) vetoing of a sanctuary city ban in the state.

“With the support and encouragement of McCready, sanctuary jurisdictions in North Carolina have released thousands of dangerous criminal aliens into your communities and you see it,” Trump said.

The charges against these freed criminals include sexual assault, robbery, drug crimes, kidnapping, and homicide — murder … just recently, Mecklenburg County set free an illegal alien charged with first-degree rape and crimes against a child. Support for sanctuary cities is disloyalty to American citizens and McCready wants sanctuary cities with all of their protections for people that are serious criminals.

The case Trump referenced involves Oscar Pacheco-Leonardo, a 33-year-old illegal alien from Honduras who was arrested for rape and child sex crimes before being released back into the general public by Mecklenburg County officials.

McCready, a veteran, has voiced support for sanctuary city policies to shield criminal illegal aliens from deportation, as well as amnesty for the majority of the 11 to 22 million illegal aliens living across the U.S.