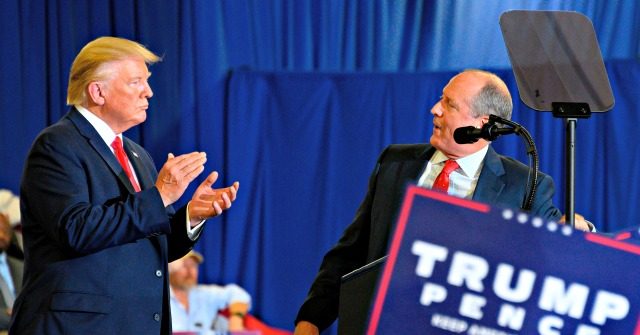 “Big Rally last night. Now it looks like he is going to win,” Trump wrote on Twitter, referring to Monday night’s rally in Fayetteville, North Carolina with Bishop.

The president said that Bishop asked him for help, after polls three weeks ago showed him down 17 points. It is unclear what poll the president was referring to, as most polls of the race showed either candidate with a single-digit percentage lead.

“We changed his strategy together, and he ran a great race,” Trump wrote.

Bishop embraced the president and his agenda during his campaign, which Democrats hoped would lose, setting the tone for Republican failure in 2020.

Trump also taunted the media covering the special election that was polling tighter than Republicans wanted.

“CNN and MSNBC are moving their big studio equipment and top talent out,” he wrote. “Stay tuned!”