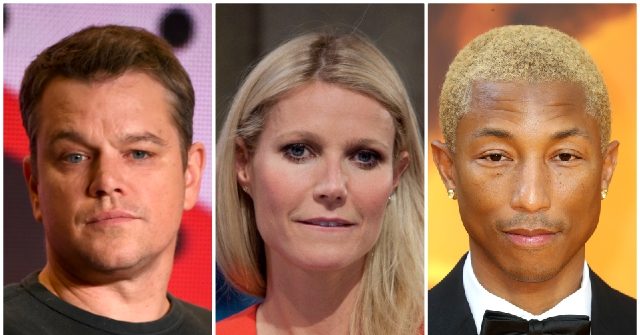 Variety published the list of its climate influencers Tuesday as part of a series of environmental-themed articles spotlighting Hollywood personalities who “are increasingly making climate a priority for their activism.”

“These environmental warriors are on the front lines of the fight to stop climate change, working with organizations worldwide that seek to protect the ocean, provide clean water, reduce dependence on fossil fuels, stop fracking and much more,” Variety reported. “They don’t hesitate to get arrested, stand up before the United Nations, or sail the Sargasso Sea in their quest to bring the urgent message to the public.”

DiCaprio was cited as perhaps Hollywood’s most visible environmental activist.

The Revenant actor “walks his walk through sizable donations, calls to action in documentary films and regular public remarks about natural disasters, extinction and other symptoms of climate change,” Variety noted, adding that the actor recently donated $5 million to combat wildfires in the Amazon rainforest.

Mark Ruffalo was praised for his opposition to fracking and his role in the documentary Dear President Obama, which criticized the president for expanding the practice.

Avengers co-star Cheadle is called an “Avenger for climate justice” for his role as a U.N. Environment Programme goodwill ambassador and his involvement with the Solutions Project, an organization devoted to female leadership and leaders of color working for clean energy in their communities.

TV host Bill Nye was also praised for his work on the show Bill Nye the Science Guy and his recent appearance on Last Week Tonight With John Oliver, in which he exclaimed, “What I’m saying is, the planet’s on fucking fire.”

Variety also praised 16-year-old activist Greta Thunberg as “a powerful young voice,” though the trade magazine didn’t explain how she was connected to the entertainment industry.