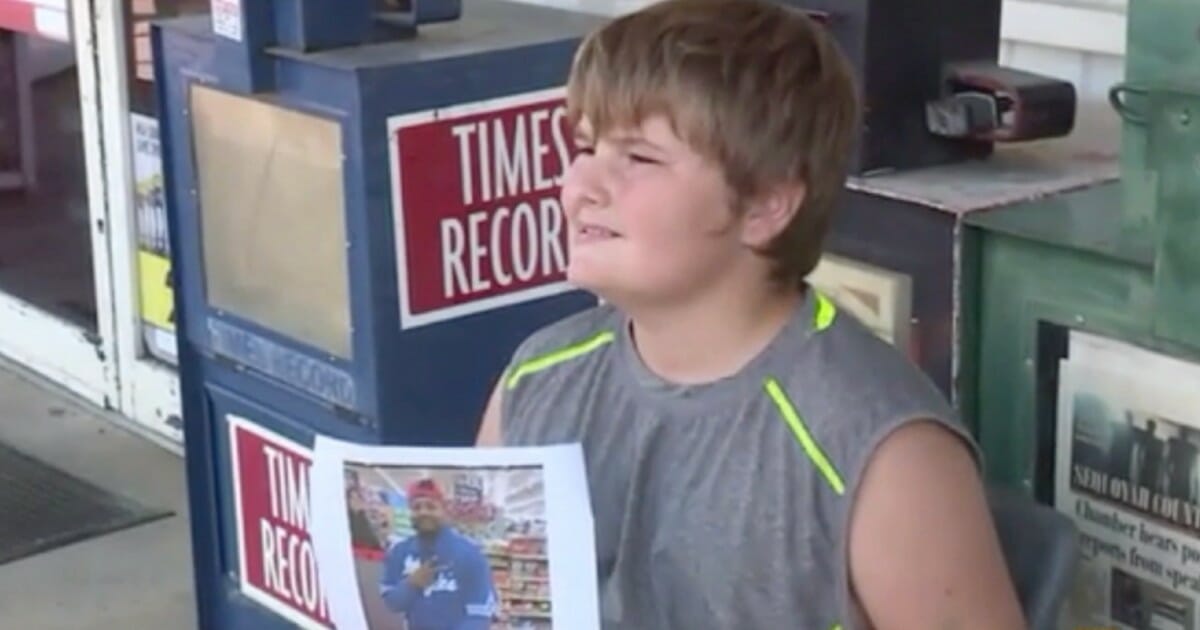 Daniel Crase of Muldrow, Oklahoma, and his uncle Brian were very close. In fact, the 10-year-old called his uncle his “best friend,” so when Brian had tragically died of a heart attack, Daniel was obviously devastated by this loss. Not only did he lose a family member, but he also lost his greatest buddy.

“He said ‘Nana I want to raise money for my uncle Brian’ and I said ‘Baby I don’t know how to do that’ and he said ‘I do’,” the boy’s grandmother, Brenda Crase, revealed to their local news station.

It was found out that Brian had no insurance and that his relatives were required to pay for the funeral. Daniel wanted to help, so in order to make cash to pay for his uncle’s burial, Daniel had a garage sale and tried to sell his own toys.

However, when the sale didn’t prove to be a success, little Daniel asked Brenda to take him to the local convenience store.

“Take me to the Quick Way because I’m going to raise money for my uncle Brian because that’s what I need to do Nana,” Brenda recalled her 10-year-old grandson telling her. “It made my heart feel good because I know that I raised my baby the right way,” she said.

For multiple days, Daniel has been standing outside the Quick Way in his hometown in hopes of raising money for his uncle’s funeral. After about three days of doing this, he has raised $400 out of his $5,000 goal.

Let’s join in praying for and supporting sweet little daniel!