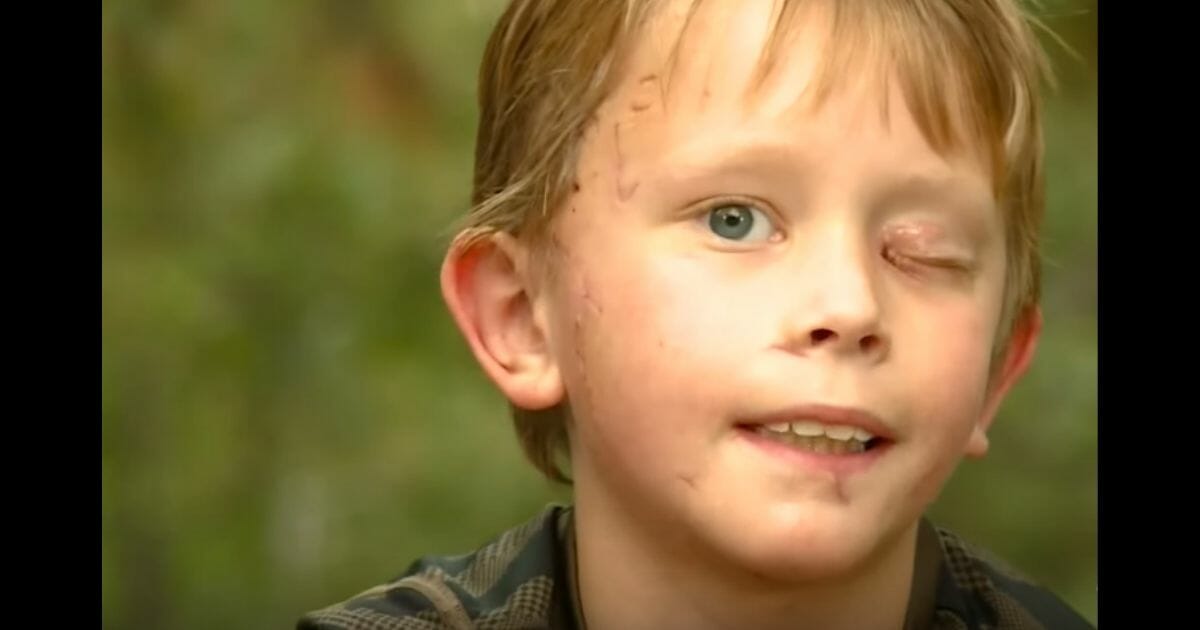 Pike Carlson, an 8-year-old child from Bailey, Colorado, is one tough child. Exhibiting bravery and courage well beyond his years, Pike battled back against a mountain lion who attacked him and bit him in the face.

Moments earlier, Pike and his brother, Gage, were playing on the trampoline in his backyard. He jumped off and was running over to a friend’s house when the mountain lion pounced on him out of nowhere, grabbing Pike by the head and pulling his body down the hill.

Pike, despite having his head in the jaws of a lion, did what he could to fight back. “I was just punching, trying to grab anything that I can, like a stick,” Pike said. “I did find a stick and I tried to get it in the eye but soon the stick snapped.”

While this was happening, Gage had raced inside to his family while screaming that his little brother was being attacked! Pike’s father, Ron Carlson, was luckily at home and quickly darted out to the backyard just in time to find his son.

So, how did he manage to fight off the lion? Carlson said that his young son remembered the fact that all animals have a shared weakness — their eyeballs!

“He told me ‘Dad, all animals have a vulnerable spot, their eyeballs,’” Carlson said. “So he picked up a stick that was underneath the tree and was reaching back trying to poke it in the eye.”