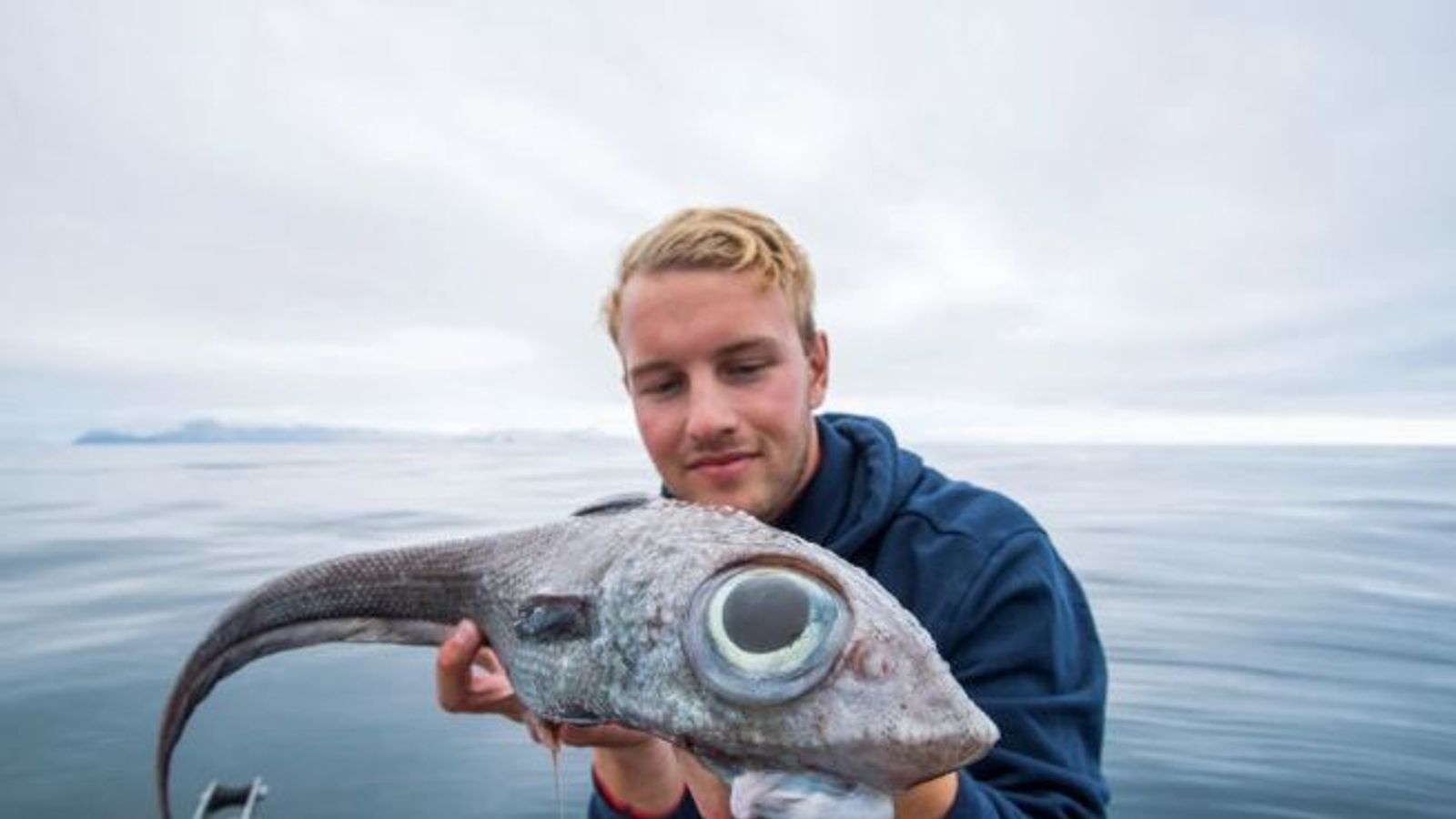 An angler had a big surprise when he accidentally reeled in a “weird, dinosaur-like” fish.

Oscar Lundahl is believed to have nearly jumped out of his boat when he saw on the end of his line the strange-looking species with large, bulbous eyes.

It turned out the creature was a ratfish, which lives in deep water and is distantly related to sharks.

It is harmless to humans and gets its name from its long, thin tail that some scientists in the past believed resembled a rat’s.

The ratfish’s large eyes help in the dark as they reflect light like those of cats.

The 19-year-old man was fishing for blue halibut when he caught the ratfish off the island of Andoya in northern Norway.

He had four hooks on his line with mackerel as bait and was fishing in water depths of 2,600ft (800m).

The fishing guide said: “I felt something quite big on the end of it. It took me about 30 minutes to reel it in because it was 800 metres deep.

“There were two halibut on two of the hooks and I was really happy about that and then I saw there was something else.

“It was pretty amazing. I have never seen anything like it before. It just looked weird, a bit dinosaur-like.

“I didn’t know what it was but my colleague did.”

Unfortunately, the ratfish did not survive out of the water due to a sudden change in pressure.

Mr Lundahl said he took it home to eat.

He added: “Despite its ugly appearance it was really tasty. It is a bit like cod but tastier.”