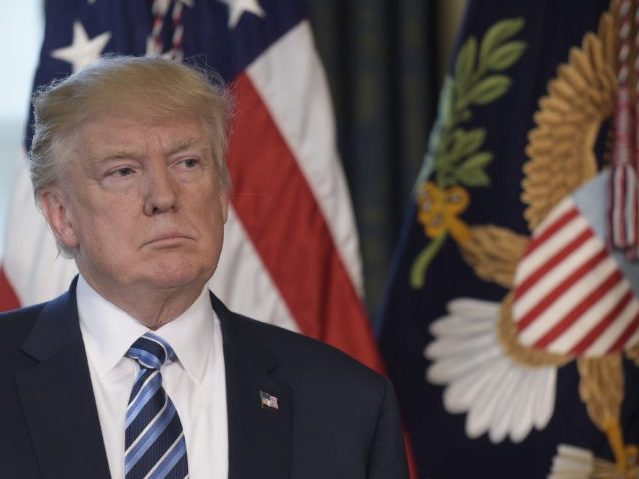 The New York Times reported Monday afternoon that the subpoena “opens a new front in a wide-ranging effort to obtain copies of the president’s tax returns.”

The prosecutors are seeking “a range of tax documents” from Mazars USA, including the federal and state tax returns for the president and the Trump Organization dating back to 2011, according to the Times.

The subpoena was issued by the Manhattan district attorney’s office last month, after it opened a criminal investigation into payments to women who had claimed they had an affair with Trump more than a decade ago.

Former Trump lawyer Michael Cohen had initially paid the women and was then reimbursed by then-candidate Trump and his company. Cohen pleaded guilty to breaking federal campaign finance laws.

While prosecutors said in July that they had “effectively concluded” their inquiry into possible crimes committed by the Trump Organization or its executives, the district attorney’s office is exploring whether the reimbursements violated any state laws.

According to the Times, the state prosecutors are examining whether the company falsely accounted for a $130,000 reimbursement to adult film actress Stormy Daniels as a legal expense, since filing a false business record can be a crime in New York if made to commit or conceal another crime.

Lawyers for Trump declined to comment to the Times.

Mazars USA said in a statement to the newspaper that it “will respect the legal process and fully comply with its legal obligations.”

The report notes that if Manhattan district attorney Cyrus R. Vance Jr., a Democrat, is successful in obtaining the president’s tax returns, the documents would be covered by secrecy rules governing grand juries and would not become public unless they were used as evidence in a criminal case.

“It’s just harassment of the president, his family and his business, using subpoenas as weapons,” he said.