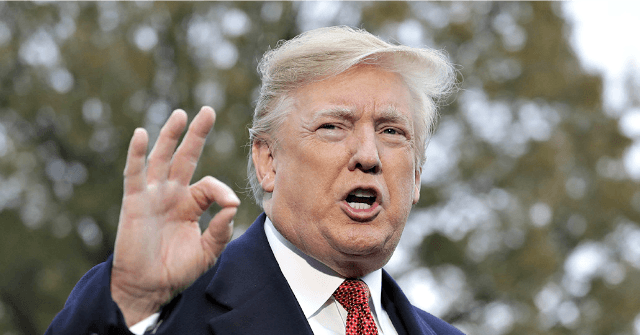 The poll – conducted September 12-15 among 934 registered voters in Florida– showed the president narrowly leading his top Democrat challengers in a general election matchup in the Sunshine State.

According to the poll, Sen. Elizabeth Warren (D-MA) appeared to be the most competitive challenger, losing to Trump 50.1 percent to 49.9 percent. Joe Biden (D) and Sen. Bernie Sanders (I-VT) lose to the president by one point – 50.5 percent to 49.5 percent, the poll showed.

Sen. Kamala Harris (D-CA), who has struggled to regain her once-held status as a top tier candidate, loses by four points, 52 percent to 48 percent. However, with a margin of error of +/- 3.1 percent, the candidates listed, minus Harris, are in a virtual dead heat with the president:

The survey also analyzed the Democrat primary race in Florida, showing Sanders behind both Biden and Warren by double digits– a growing trend, as recent polls indicate.

“While Joe Biden continues to lead other primary candidates in Florida, Elizabeth Warren is gathering strength and is becoming a real competitor for the state,” Wagner said, according to FAU.

“President Trump is in a dead heat with the leading Democrats in Florida, which continues to be the largest battleground state,” he added.

Trump defeated Hillary Clinton in Florida in 2016 with 48.6 percent to the failed presidential candidate’s 47.4 percent.