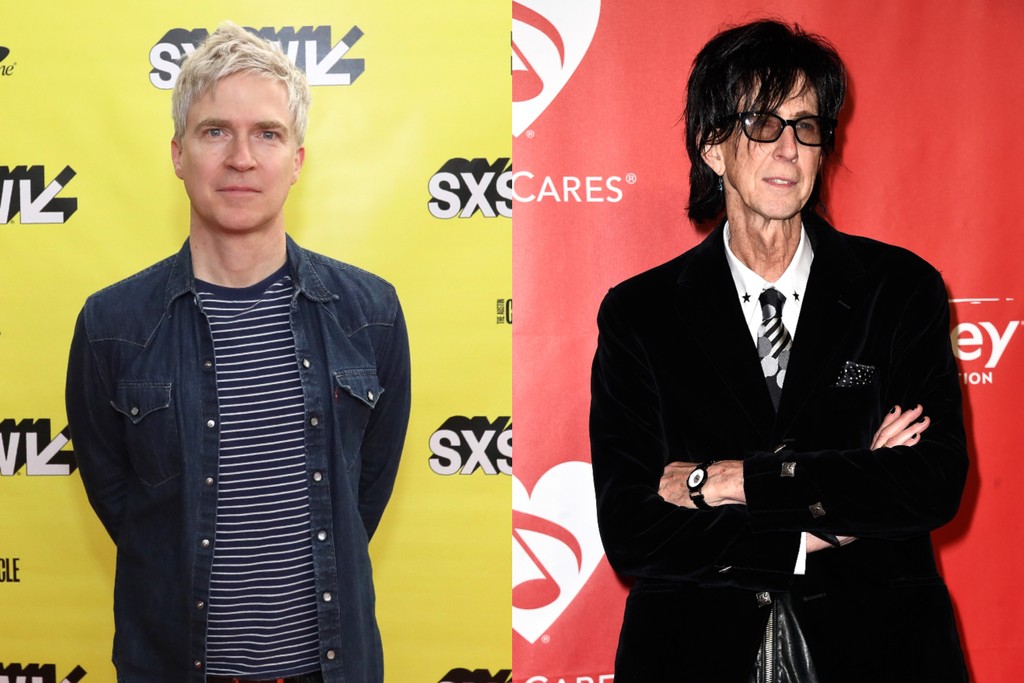 Matthew Caws of Nada Surf is remembering his late friend and mentor Ric Ocasek in an essay for NPR. The musician writes warmly about his first encounter with The Cars frontman, and waxes lyrical about the enduring legacy of his music.

During a chance encounter at the Knitting Factory, recalled Caws, he gave his demo tape to the legendary artist, not expecting Ocasek would actually listen to it. But about two weeks later, the producer called and ended up inviting Caws to his home:

I biked up from Sullivan Street in the summer evening air and arrived at his elegant, white, double-wide townhouse, where he opened the door and greeted me warmly. Ric and his wife, Paulina Porizkova, and I stood around the kitchen table for a few minutes talking and I remember being struck by how down-to-earth they both were, and how quickly they put me at ease. She and I sat down while he made us coffee. She said, “He likes your phrasing,” which felt like the first time someone from outside the band and our circle of friends had seen something in me.

He went on to share how he sought Ocasek’s advice about songwriting and navigating the process of signing to a major label. As Nada Surf recorded their debut album, The Cars frontman was right alongside them:

As we began setting up with engineer Bruce Calder, Ric took up his spot on a couch in a corner of the control room, doodling quietly on a legal pad, but taking everything in. He would occasionally get up to lean over the mixing desk and make a precise tonal adjustment, listening until it was just right. I’d never heard anything sound so big.

While we were recording rhythm guitars, Ric paid particular attention to entrances. If, for example, an additional electric guitar track was being added to a chorus, it had to start at just the right nanosecond. This I was used to, and it’s what I wanted too. But when it came to doubling that part for thickness, Ric was listening for a level of precision that I hadn’t considered. I would do it again and again until he heard what he was looking for. When I got it, he’d turn up the speakers and play it for me. There it was, total fusion. Now the chorus hit like a ton of bricks.

Caws also recalled how Ocasek was protective of Nada Surf during the recording process, noting that the producer wouldn’t let the record company visit because “he didn’t want to let them get in the way.”

“Ric showed us so much kindess and generosity,” Caws added, “as he apparently did to everyone he worked with.”

Since Ocasek’s death on September 15 from heart disease, tributes have been pouring in from across the entertainment industry. Stephen Colbert offered a short remembrance on a recent episode of The Late Show, and Blink-182’s Mark Hoppus shared a cover of The Cars’ hit “Just What I Needed. “Weezer, Courtney Love, and many more have also posted tributes on social media.