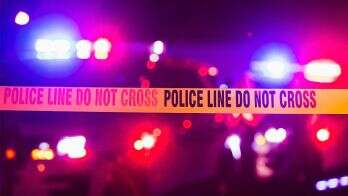 Two California middle school students were arrested after police said a student was sucker-punched during a fight on campus Monday that left him in critical condition, according to reports.

Police responded to Landmark Middle School in Moreno Valley, Calif., Monday at about 1 p.m. They found a seriously injured student who had been in a fight, according to a press release from the Riverside County Sheriff’s Department.  He was rushed to a nearby hospital and listed in critical condition, authorities said.

A Facebook video posted by an unverified account that purports to show the altercation that started with two students squaring off and then the third appearing to take the cheap shot. The alleged victim appeared to hit his head on a concrete pillar as he fell to the ground.

Two 13-year-old boys were arrested Monday and booked into Riverside Juvenile Hall, where they are expected to be charged with assault likely to produce great bodily injury. The identities of all three boys were not released by authorities because they are minors, the Times reported.

On Tuesday, officials from the sheriff’s department met with school staff to provide updates about the investigation, the Times reported. It is unclear what started the fight.

Back in March, a fight between about 50 students broke out at the school that prompted deputies to fire pepper balls into the crowd to break it up, the Los Angeles Times reported. Some were treated for minor injuries related to exposure to the irritant, but no one was seriously hurt.