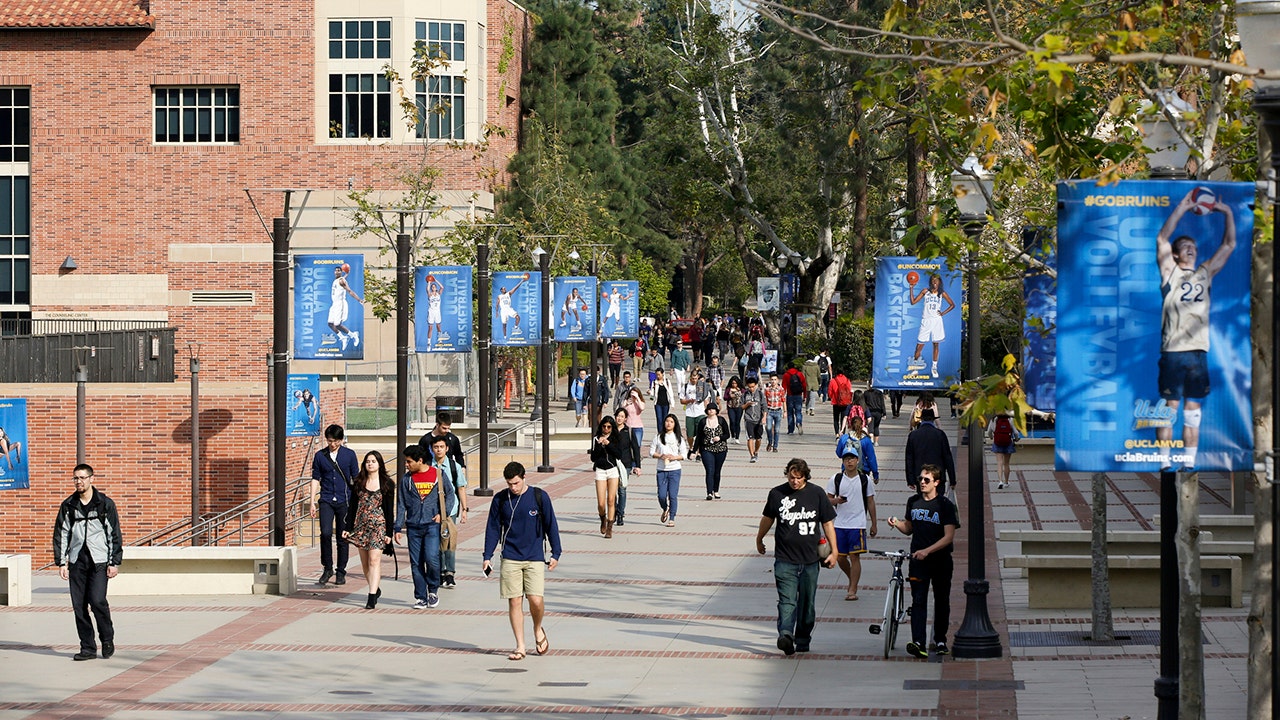 A woman accused of paying $400,000 to get her son into the University of California, Los Angeles, as a fake soccer recruit has become the 52nd person charged in a sweeping college admissions bribery scheme, according to an indictment unsealed Tuesday.

Xiaoning Sui, 48, a Chinese national who resides in Surrey, British Columbia, was charged with a single count of conspiracy and fraud in the indictment unsealed in Boston’s federal court. Authorities say she was arrested in Spain on Monday night and was being held there while authorities seek to extradite her to the United States.

Sui is the first person to be charged since June, when parent Jeffrey Bizzack pleaded guilty to paying $250,000 to get his son into the University of Southern California as a fake athlete. Dozens of others were charged in March when authorities announced the investigation.

Prosecutors say Sui paid $400,000 to a sham charity operated by the mastermind behind the college admissions scandal, William “Rick” Singer, as part of a scheme to have her son admitted to UCLA as a soccer recruit despite him never having played the sport competitively before.

Singer worked with Laura Janke, a former assistant soccer coach at USC, to fabricate an athletic profile depicting Sui’s son as a top player on two private soccer clubs in Canada, prosecutors said. Both Singer and Janke have pleaded guilty. Sui’s son was admitted to UCLA as a soccer player in November 2018, authorities say, and was awarded a 25 percent scholarship.

Sui previously sent her son’s transcript and photos of him playing tennis to Singer, but was eventually told over a conference call that there was an opening on UCLA’s soccer team and that money sent to the school’s soccer coach in the form of a $100,000 bribe would guarantee her son’s admission to the university, the Los Angeles Times reported.

The case was outlined in a March indictment against former UCLA soccer coach Jorge Salcedo that didn’t identify Sui by name. The document said only that Salcedo accepted $200,000 to help two of Singer’s clients get their children admitted as soccer recruits, including one in October 2018. Salcedo has pleaded not guilty.

Of the 51 people previously charged, 23 have pleaded guilty, including “Desperate Housewives” star Felicity Huffman, who paid $15,000 to rig her daughter’s SAT score. She was sentenced last week to 14 days in prison, 250 hours of community service and a $30,000 fine.

Another 28 defendants are contesting the charges against them, including “Full House” actress Lori Loughlin and her fashion designer husband, Mossimo Giannulli, who are accused of paying to get their two daughters into USC as fake athletes on the crew team.